KSE-100 lands in red amid volatility 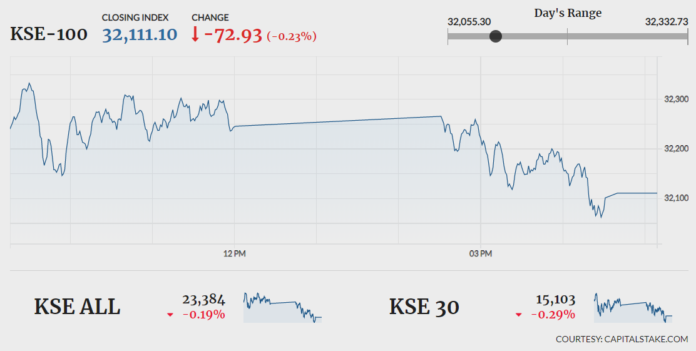 KARACHI: Stocks failed to maintain the positive momentum of the previous session and landed in the red zone amid volatile trading on Friday.

According to the State Bank of Pakistan, the current account deficit has shrunk by a massive 55pc in the first two months of the current fiscal year (July-August 2019) as compared to the same period last year.

The overall trading volumes increased by 12pc on a daily basis to 153.15 million. Maple Leaf Cement Factory Limited (MLCF -5.86pc) topped the volume chart (18.01 million shares) following the announcement of its financial performance for FY19. The company also announced that it would increase its authorised capital.

The board has approved to invest Rs1,500 million as loans/advances to Kohinoor Textile Mills Limited (KTML) Holding Company. The company’s sales inched up by 1.19pc while its earnings per share declined by 60.73pc to Rs2.47 due to a significant increase in finance cost. The company also declared a final cash dividend of Rs0.50 and 85pc right shares at a premium (Rs12).