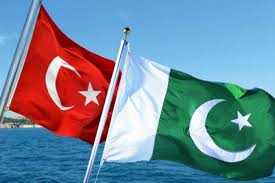 ISLAMABAD: The Turkish government will soon initiate a project of skills development in Pakistan aiming at to produce skilled workforce for the local industry of hotel and tourism.

The plan to establish a state-of-the-art Center of Excellence for Hospitality and Construction in Pakistan was underway in that regard, said Executive Director, National Vocational and Technical Training Commission (NAVTTC) Dr. Nasir Khan.

In an exclusive talk with APP, he said the Center of Excellence for Hospitality and Construction would be established in National Skills University Islamabad under the skills development institution of Turkish Cooperation and Coordination Agency.

He said all the expenses of the project including hiring of workforce and carrying out construction work would be managed by the Turkish government. Under the project, Dr Nasir said, Turkey would support National Vocational and Technical Training Commission (NAVTTC) for skills development in Pakistani youth. “It was the first project of its kind in Pakistan launched by Turkey as it had special expertise in the sectors of hospitality and construction in the world,” he added.

The establishment of modern Center of Excellence for Hospitality would ensure provision of 1.5 million employment opportunities annually for the skilled workforce in hotel and tourism industry of Pakistan, he remarked. According to the NAVTTC data, currently the country had more than 10,000 hotels including three, four and five stars with more than 50,000 rooms, he added.

The hotel and tourism industry of Pakistan produces employment opportunities for around 1.5 million people, which was 2.5 percent of the total employments annually produced by the country, he informed.

He said the basic aim of the NAVTTC was to prepare skilled workforce while equipping them with technical education to get jobs in the country and abroad. Turkish Center of Excellence would be helpful in NAVTTC’s ongoing efforts to train maximum youth with technical training, he added. He said NAVTTC was making all out efforts for the uplift of technical and professional education sector.

We need more reforms in formal education, he said, adding the world was ahead of Pakistan in technical and professional training sector. With the cooperation and support of Turkish skills development institutions, we would improve the quality of our skill development educational institutions, he remarked.

This step of establishment of modern Center of Excellence in Hospitality was a positive step towards the prime minister’s vision of a developed Pakistan, he said.