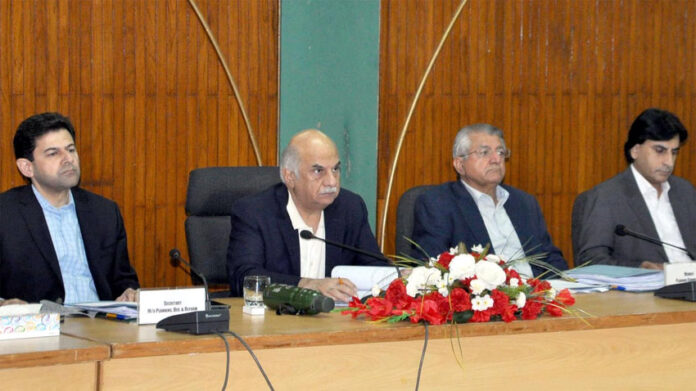 Two projects related to the energy sector, including the ‘500Kv Moro Substation’ worth Rs7.14 billion, were approved by the CDWP. The objective of the project is to convert the 500Kv switching station at Moro to meet the growing power requirement of Sukkur Electric Power Company (SEPCO) region.

A project related to industries and commerce titled ‘Expo Centre Quetta’, worth Rs2.5 billion, was approved in the meeting. The project envisages construction of two exhibition halls, each having 45,000sqft floor area, along with a convention centre and allied facilities covering an area of about 200,000sqft over in phase-1.

Two projects related to the transport & communications sector were presented in the meeting. The first project titled ‘Operationalization of Green Line Bus Rapid Transit System in Karachi’, worth Rs10.95 billion, was recommended to ECNEC, while the second project titled ‘Renovation and construction of offices, women’s barracks and multipurpose tanning rooms at the office of Superintendent Railway Police, Rawalpindi Division’, worth Rs129.309 million with INC grant, was approved by CDWP.

A project related to education titled ‘Establishment of National Curriculum Council’, worth Rs239.01 million, was also approved by the CDWP.