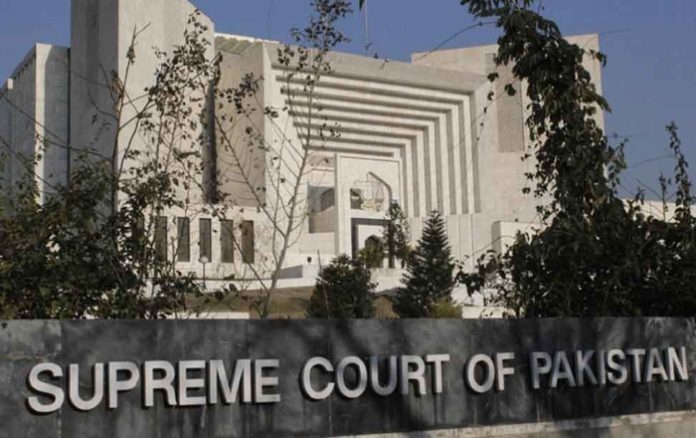 The Supreme Court has directed the Federal Board of Revenue (FBR) to submit a report on measures taken to recover money from individuals receiving undue tax refunds through fraud, a private media house reported.

FBR Chairman Shabbar Zaidi told the court on Thursday that the body had sent a summary to the Prime Minister’s Office for approval in order to initiate an inquiry against three people who are suspected of creating fake companies.

The court told him to additionally submit a written report of developments in the case in two weeks’ time. The FBR chairman said more time will be required to prepare one and requested the bench for the same, but the appeal was declined.

“This is a matter of Rs90 million, which went missing from the national treasury and no one knows about it remarked,” Justice Gulzar Ahmed, who was heading the two-member bench hearing the case, remarked.

The judge criticised the performance of the FBR, saying that the body was “protecting its employees”, who are suspected to be complicit in the matter.

“How many employees does the FBR have?” he asked. Zaidi told him that the institution employs 21,500 people.

“The salaries of the employees alone probably surpass the recoveries made by FBR,” Justice Ahmed remarked acerbically.

He said that those who are found guilty of creating fake companies to commit tax fraud can be sentenced to jail for up to five years, in addition to being ordered to pay back money they received as refunds.

The hearing was adjourned indefinitely.