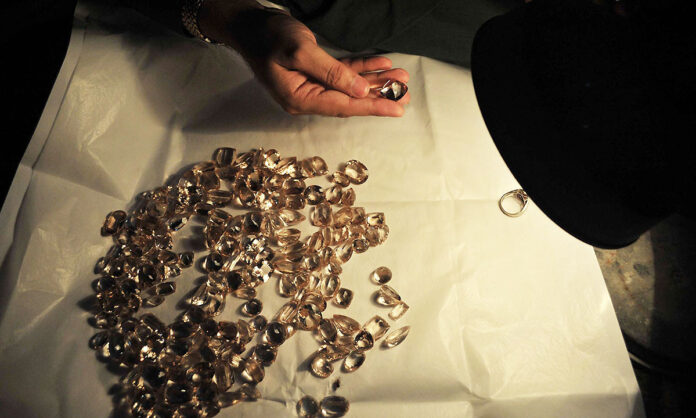 LAHORE: Pakistan-China Joint Chambers of Commerce and Industry (PCJCCI) President Zarak Khan said on Thursday that Pakistan has the potential to export quality gemstones and jewellery to China, which is the world’s largest consumer market.

Addressing a meeting of the PCJCCI Export Promotion Committee on Thursday, the chamber’s president noted that Pakistan was the fifth largest reservoir of gemstones.

“But unfortunately, the country has not been able to benefit from its natural resources owing to lack of skills, technology, and knowledge regarding the processing of mining materials,” he lamented.

Zarak Khan said that Pakistan has the potential yield of 800,000 carats of ruby, 87,000 carats of emerald and five million carats of peridot, which lay unutilised due to “lack of appropriate cutting and polishing facilities” in the country.

He also said that Pakistan’s pink topaz and Kashmir ruby were unique items; pink topaz is considered as the second-highest valued mineral.

PCJCCI Senior Vice President Moazzam Ghurki stressed the need for collaborations with China so that Pakistanis could learn the latest techniques for cutting and polishing of gemstones.

“Chinese professionals in this sector should be invited to train Pakistani labour force and mining engineers for the manufacturing and designing of state-of-the-art jewellery,” he maintained.

PCJCCI General Secretary Salahuddin Hanif said that China had started capturing the attention of the global jewellery industry around 1978 and with the passage of time, China had become a rapidly growing consumer market.

“Therefore, Pakistani exporters will have to ensure international standards and quality to attract the Chinese market,” he added.