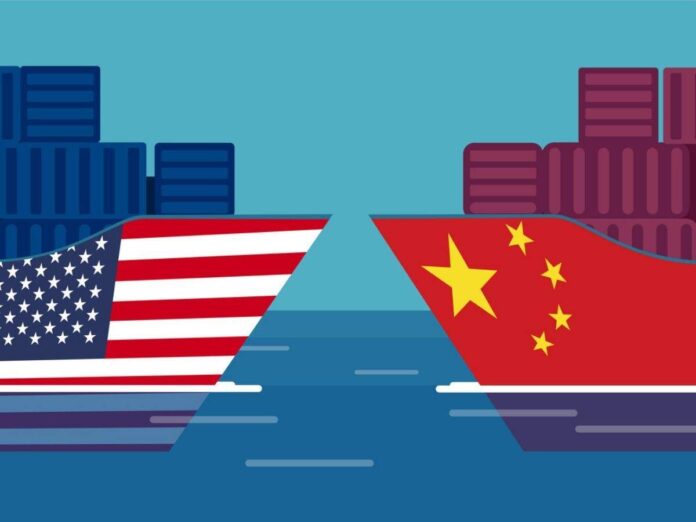 BEIJING: China will take steps to safeguard its interests, but won’t close its door to foreign investment and the global industry despite trade frictions with the United States, a Chinese official said on Tuesday.

Earlier this month, before key Sino-US trade talks, Washington decided to widen its so-called “entities list” to include some top Chinese artificial intelligence startups such as Megvii Technology and SenseTime Group.

Firms on the US “entity list” are barred from buying US parts and components without US government approval due to national security concerns.

“We will look at the trade friction between China and the United States with an open mind and a big heart,” said Huang Libin, a spokesman for the Ministry of Industry and Information Technology (MIIT), although China will also closely monitor the US entities list.

China will further open sectors including telecommunications, internet and autos to foreign investment, but at the same time, the United States should respect trade rules and act with caution, Huang said.

“We will not blindly emphasise ‘self-developed and controllable’, and will not decouple from the development of international industries,” Huang told reporters at a briefing.

The trade war with the United States has prompted China to downplay “Made in China 2025” – the state-backed industrial policy aimed at catapulting China up the global technological value chain but is also core to Washington’s complaints about the country’s technological ambitions.

Under the Made in China 2025 banner, China was to upgrade its industrial base in 10 strategic sectors by 2025, including aerospace, robotics, semiconductors, artificial intelligence and new-energy vehicles.

Chinese President Xi Jinping has also previously repeatedly urged the country’s core technologies to be “self-developed and controllable”, which has been viewed by industry players as a stance that favours domestic suppliers over foreign entities.

One of the biggest US complaints is that China has used coercion and outright theft to systematically obtain American intellectual property and trade secrets and advance its standing in many high-technology industries.

China’s subsidies to state enterprises – including at the provincial and local government levels – have led to Chinese industries substantially boosting output of products such as steel, which in turn has depressed global prices and hurt producers in the United States and elsewhere.

US officials argue the absence of a level-playing field makes it hard for US companies to compete.

Over recent months, Chinese tech companies, especially those targeted by the United States, have vowed to deal with US sanctions by relying on more self-developed solutions and procuring more from domestic suppliers.

Still, with China and the United States working to hammer out a “phase 1” trade deal in the near term, Beijing has taken care to keep its rhetoric neutral. In recent days, China has renewed efforts in stressing the need for both sides to aim for mutual gain, rather than to decouple their economies.

Xie Yongjiang, a professor at Beijing University of Posts and Telecommunications, said Huang may have made his comments in view of how a focus on only using ‘self-developed and controllable’ technologies was not actually practical, as China was still far from reaching such a level.

“If Chinese companies rely completely on self-developed (technologies), other countries may also worry about Chinese-made products, he said.

“But it does not mean that China doesn’t attach importance to it. China should still strive to self-develop and achieve control in some core technology sectors.”