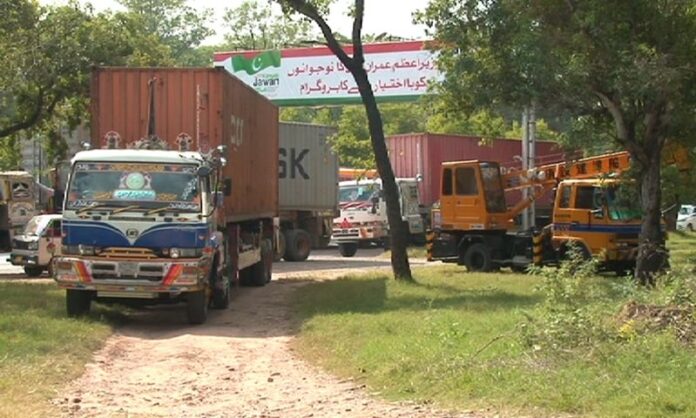 ISLAMABAD: As the governments in the centre, Punjab and Khyber Pakhtunkhwa have seized thousands of containers to control the Jamiat Ulema-e-Islam-Fazl’s Azadi March, exporters have started creating hue and cry over the halt of export activities.

In a letter sent to the Ministry of Commerce, All Pakistan Textiles Mills Association (APTMA) has informed that the massive seizure of containers carrying exports goods has put the export orders at stake.

According to the millers and exporters, owing to the seizure of containers, export shipments are not reaching ports while vessels are sailing away without the consignment. “The non-fulfilment of international commitments would lead to disputes, reduction in customers’ base and market share.”

A large number of export shipments, which were ready to be shipped, have been confiscated to block roads. As a result, the truck and container companies have now started holding their remaining containers and trailers at their stations to avoid confiscation.

According to officials at the commerce ministry, similar concerns were also raised by various trade bodies and export associations. Pakistan Hosiery Manufacturers Association had also protested over the illegal impounding of containers loaded with goods by the law enforcement agencies in various cities of Punjab.

The Lahore Chamber of Commerce and Industry, while expressing concern over impounding of cargo containers for road blockade, has urged the authorities to use empty containers for necessary blockade as containers having tradable goods would incur a loss of billions of rupees to the businessmen in general and exporters in particular.