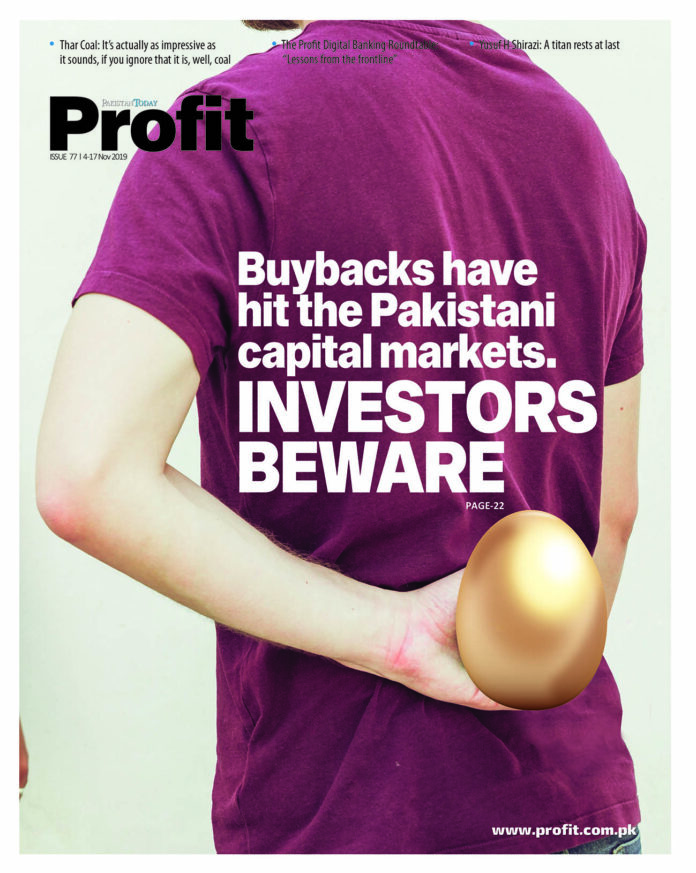 In this week’s cover story, we explore the advent of share buybacks in Pakistan’s capital markets, with major companies listed on the Pakistan Stock Exchange (PSX) engaging in such buybacks over the past few months. While we are certainly sympathetic to the argument in favour of allowing companies to return capital to shareholders, we find ourselves inclined against the practice, and implore the Securities and Exchanges Commission of Pakistan (SECP) to consider tightening the rules that govern such buybacks, or at least not relax them any further than the new regulations issued earlier this year.

The argument against buybacks is simple, in our view: it is not the job of the company itself to determine its own stock price. That is the sole prerogative of investors. By intervening in the market for its own stock, and using shareholder money to do so, companies are effectively manipulating the market for their own shares.

In our view, the logic behind restricting this practice is the same as the logic behind the prohibition on insider trading: entities with access to material nonpublic information must not be allowed to take advantage of those informational asymmetries. For the markets to deepen as a source of capital, investors must perceive the markets to be fair, and not the rigged playground of a few privileged insiders.

Beyond that argument, however, there is the broader concern: allowing share buybacks is a way of allowing CEOs and top management to shirk their responsibility to create value for their shareholders and the wider economy. Put simply: by allowing CEOs to use company money to bid up the value of the shares of their own companies, regulators are effectively delinking growth in the stock price from the financial performance of those companies.

For example, if a company failed to grow its net income, by buying back shares, it can still grow its earnings per share (EPS). EPS is defined as net income divided by total number of shares outstanding. A company’s management should be paid to increase net income, which is representative of increasing the value of the company to the economy as a whole. However, by allowing companies to short-circuit that, and grow EPS by simply reducing the number of shares outstanding – and using company money to do that to boot! – CEOs will naturally have the incentive to take the easy way out.

This, in turn, means that shareholders will continue to get richer at the expense of all other stakeholders of the company, an outcome already widely prevalent in the United States, the birthplace of the share buyback.

This is a sclerosis Corporate Pakistan can do without. We urge the SECP to prevent it from taking hold while it can still be nipped in the bud.