Minister says forex reserves, which were constantly declining by $500m per month since 2017, have been stabilised despite record payments in debt servicing 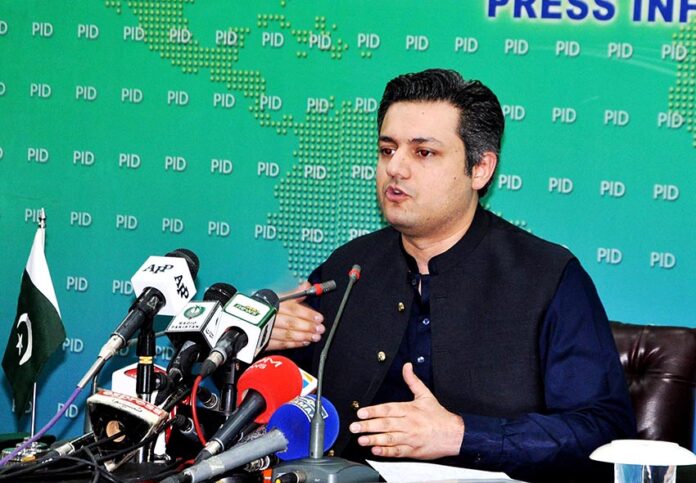 ISLAMABAD: Economic Affairs Minister Hammad Azhar has said the current account deficit declined by 64pc during the first quarter of the ongoing fiscal year (FY20), adding that the primary budget balance witnessed a surplus of Rs285 billion during the same period.

He said that the total foreign investment in Pakistan increased by a whopping 137pc during 1QFY20. “Pakistan has witnessed a positive foreign portfolio investment of $350 million in this quarter, which is the first positive inflow after a gap of three years,” he added.

The minister said that foreign exchange reserves, which were constantly reducing by $500 million per month since 2017, have been stabilised despite the fact that the government had made record payments to debt servicing. “The government broke all records of paying off the foreign loans; the government paid $10.5 billion worth of loans last year and it would repeat the same this year.”

On the revenue front, he said the number of tax filers has increased by 55pc and the domestic revenues have surged by 25pc during the first four months of FY20. “There has been a growth of 15pc in the overall revenues despite the fact that imports into the country are following a declining trend.”

He said the government had achieved 90pc revenue collection target set for the first quarter by collecting Rs960 billion taxes.

On a query, Azhar clarified that no employee of the Federal Board of Revenue (FBR) would be fired during reforms of the important institution.

The minister said the circular debt, which had mounted to Rs1,200 billion from Rs450 billion, mainly during the end of the previous government’s tenure, was now mounting only by Rs12 billion per month compared to Rs38 billion. “The piling up of circular debt will be reduced to zero by December 2020.”

He said the country had also made a significant improvement in ease of doing business by climbing down the index by 28 points, adding steps were taken to further improve the doing business score.

He said the stock market in the country grew by 6,500 points since August while it surged by 1,500 points only in last three days, which was another sign of economic recovery and development.

On exports, he said garment exports grew by 36pc, rice by 52pc, and footwear by 54pc respectively during the first quarter.

He said measures were also being taken to check inflation, which had increased due to the devaluation of currency. However, he clarified that the inflation during the first 13 months of the PTI government was still low at 8pc compared with the previous governments of Pakistan People’s Party and Pakistan Muslim League-Nawaz, during which it increased by 21.5pc and 8.4pc, respectively.

The minister said Pakistan was coming out of economic difficulties, as investment and business opportunities were constantly being created in the country.

Azhar congratulated the government for achieving a huge success in the Karkey case in which Pakistan managed to avoid a penalty of $1.2 billion.