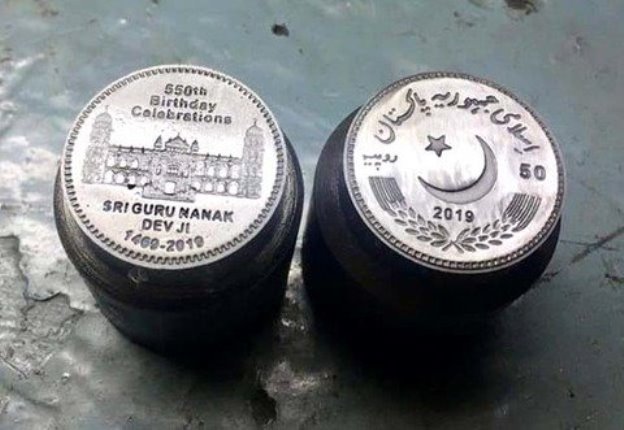 In his welcome address, the SBP governor informed the audience that this was the first time in the history of Pakistan that a coin in the memory of a religious personality was issued.

Citing three reasons behind the issuance of the commemorative coin, he said through this gesture, SBP has contributed in the national efforts to support inter-religious harmony.

Second, he added, the coin would underscore the message of peace taught by Baba Guru Nanak.

“Thirdly, this initiative is to promote peace, which enhances economic prosperity.”

Sardar Ramesh Singh Khalsa in his address thanked the SBP governor and stated that the issuance of the coin serves as special gift for 140 million Sikhs living all over the world.

It may be added that the commemorative coin is available through the exchange counters of all the field offices of SBP Banking Services Corporation from Nov 12. These coins are also available at Nankana Sahib Gurdwara and the shrine of Baba Guru Nanak at Kartarpur Sahib.