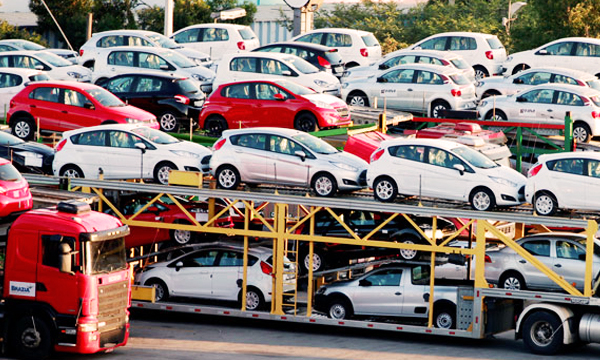 Car sales continued its downslide; recording a decline of 56pc in Oct 2019 when compared to the same month last year.

Cumulatively, car sales dropped 46pc during the first four months of the fiscal year 2019-20 (4MFY20) when compared with 4MFY19.

Indus Motors (INDU) has surprisingly reported an increase in volumetric sales; up by 18pc when compared with Sept 2019 mainly due to 10pc and 86pc increase in the sale of its Corolla and Hilux variants. Experts believe this was due to different waiver schemes offered by the company in collaboration with commercial banks.

However, INDU continues to report a decline on a yearly basis; down by 65pc when compared with Sept 2018.

Honda Cars (HCAR) sales fell 72pc during Oct 19, highest monthly decline in the last 7.5 years. Sales of City and Civic fell by 77pc amid a surge in their prices. BR-V also reported a decline of 33pc. However, it reported a significant gain on a monthly basis.

Pak Suzuki (PSMC) recorded a 48pc YoY decline in Oct, highest in the last 7.3 years. The decline was led by Wagon-R and Cultus, sales of which were down 84pc and 51pc mainly due to the recent shift in customer interest towards Alto and newly-launched Picanto by Kia Lucky Motors.

The sale of Alto variant was recorded at 4,048 units for this month, contributing 58pc in the total volume of PSMC. Bolan & Ravi variants were down by 76pc and 81pc, respectively. Swift sales were down by 72pc in Oct 2019 compared with the same period last year.