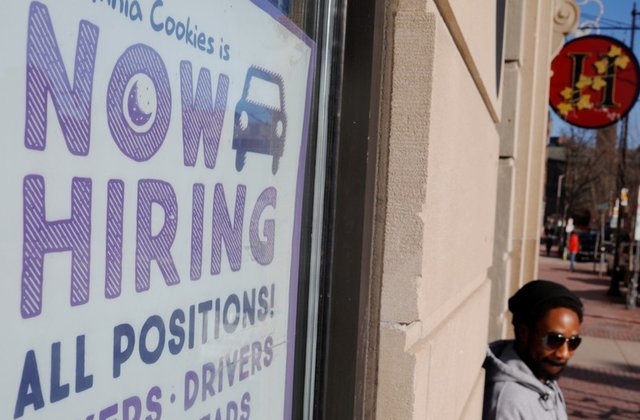 WASHINGTON: The number of Americans filing applications for unemployment benefits rose to a five-month high last week, but this likely does not signal a shift in labour market conditions as claims for several states were estimated because of Monday’s holiday.

Initial claims for state unemployment benefits increased 14,000 to a seasonally adjusted 225,000 for the week ended Nov 9, the highest reading since June 22, the Labor Department said on Thursday. Data for the prior week was unrevised.

Economists polled by Reuters had forecast claims would climb to 215,000 in the latest week. The Labor Department said claims for California, Hawaii, Kansas, Pennsylvania, Puerto Rico and Virginia were estimated. Some of the states did not have enough time to process the claims data because of Monday’s Veterans Day holiday, leading to them making estimates.

The four-week moving average of initial claims, considered a better measure of labour market trends as it irons out week-to-week volatility, rose only 1,750 to 217,000 last week.

Still, layoffs remain low even as the pace of hiring has slowed from last year’s brisk pace, keeping the labour market on solid ground and reducing financial market fears of a recession.

Labour market strength, marked by the lowest unemployment rate in nearly 50 years, is supporting consumer spending and helping to offset some of the hit on the economy from a 16-month trade war between the United States and China.

Federal Reserve Chair Jerome Powell told lawmakers on Wednesday that the labour market had “benefited a wide range of individuals and communities.”

The US central bank last month cut rates for the third time this year and signalled a pause in the easing cycle that started in July when it reduced borrowing costs for the first time since 2008.

Thursday’s claims report also showed the number of people receiving benefits after an initial week of aid fell 10,000 to 1.68 million for the week ended Nov 2.

The so-called continuing claims were in recent weeks likely boosted by a 40-day strike by workers at General Motors, which economists said caused temporary layoffs at auto parts suppliers.

The four-week moving average of continuing claims was unchanged at 1.69 million.