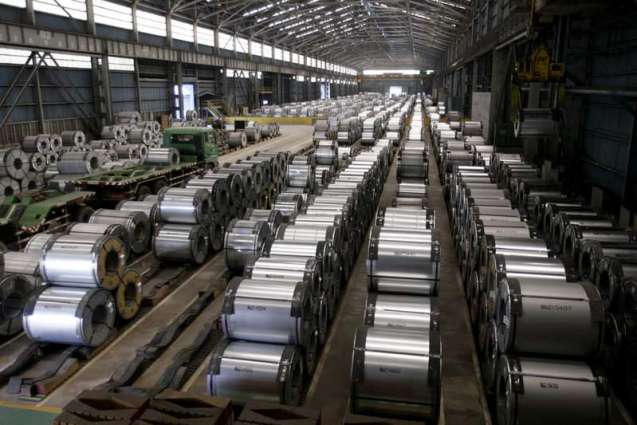 ISLAMABAD: The local steel industry has raised concerns over the proposed incentives being introduced by the government for the promotion of Directly Reduced Iron (DRI) technology in the country.

While the Ministry of Industries & Production has submitted a summary regarding the grant of special concessions/subsidy to attract Foreign Direct Investment (FDI) for the promotion of DRI technology, the entire steel industry was left out from consultation process in this regard.

Through a letter, a copy of which is available with Pakistan Today, the Pakistan Association of Large Steel Producers (PALSP) has informed the concerned ministries that the local industry had learnt about the new initiative through newspaper reports, which was “shocking for the association and its members”.

The letter, which was directed to Planning Minister Asad Omar, Adviser to PM on Commerce Abdul Razzak Dawood, Adviser to PM on Finance & Revenue Dr Abdul Hafeez Shaikh and Board of Investment Chairman Zubair Gilani, deplored that none of the representative body of the steel industry, including PALSP, Pakistan Steel Melters Association or National Steel Advisory Council, was consulted before submission of the proposals to the Economic Coordination Committee (ECC).

PALSP said that in Pakistan, steelmaking was mostly undertaken by using imported re-meltable scrap. “The substitute for re-meltable scrap is DRI which is not available in Pakistan while its import is also not viable due to the [prevalent] duty structure,” it added.

The association informed that DRI could be only produced through two methods; gas-based process and coal-fired process.

“Due to the shortage of natural gas, the production of DRI using this method is not viable as we are already importing RLNG to augment our shortage of natural gas. RLNG is expensive and DRI produced by using RLNG is not commercially viable in comparison with re-meltable scrap for steelmaking. This is why the coal-based process is more economically viable.

“Pakistan has ample reserves of iron ore and coal that can be utilised to produce DRI. Further, it will not be a burden on foreign exchange payments,” the letter said.

Referring to the condition of minimum threshold of FDI being set through the new initiative, the association said in order to encourage investment in DRI plants, there should be “no limit of minimum investment of $500 million”, as DRI plants using coal-based technology could be set up by using fairly less amount of investment.

Furthermore, PALSP said in order to encourage investment, the basic raw material i.e. coal and iron ore, should be allowed to be imported duty-free.

“Initially, the newly established plants will depend upon imported iron ore and coal. At a later stage, as the demand for iron ore and coal will increase, this will automatically work as a catalyst for the development of local iron ore and coal mines,” PALSP stated. “Therefore, it is suggested that plants using gas to produce DRI should be discouraged and incentives should be given to coal-based DRI plants.”

The association also raised questions on the introduction of concessions only for foreign investors and not local industry. The local industry fears that investment of over $500 million as qualifying criteria, as well as other conditions, are being introduced to facilitate a particular company, it added.

“This seems like a policy suited to revive Tuwairqi Steel Mill because they will be the first to apply and the quickest to commission. Such a large threshold of investment will deter most of the local investors anyway and this will enable Tuwairqi to rule the roost,” the association said.

PALSP urged the government to formulate a scheme that could prove beneficial for the local industry at large.