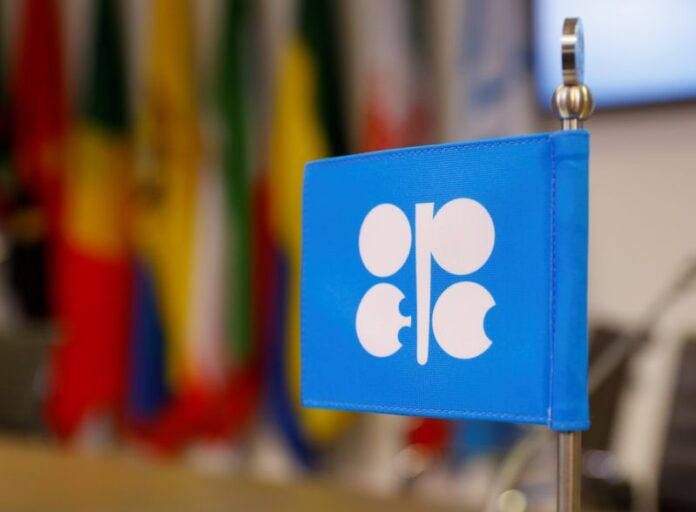 Saudi Arabia and Russia won backing for deeper output cuts from OPEC and allied oil producers on Friday as they look to head off global oversupply in 2020 and sustain prices.

OPEC and allied producers, the so-called OPEC+, pump more than 40pc of the world’s oil. They began a closed-door meeting at around 1130 GMT to thrash out how the additional cuts will be distributed.

OPEC is likely to shoulder approximately 340,000 bpd in fresh cuts and non-OPEC producers an extra 160,000 bpd, one source said on Friday.

Benchmark Brent oil prices were steady on Friday near $63 per barrel.

“Despite the deeper potential cuts, we view most headlines so far as falling short of consensus expectations,” Goldman Sachs said in a note citing factors including the short duration of the deal.

OPEC+ will deepen cuts for the first three months of 2020, shorter than the six- or 12-month scenarios some OPEC members wanted.

The cuts offset an expected increase from countries that are not part of OPEC+, including top producer the United States.

OPEC met on Thursday in Vienna, deliberating policy for more than five hours. The length of the meeting prompted the cancellation of a news conference and a gala dinner for delegates aboard a boat on the Danube.

Eleven of OPEC’s 14 member states are participating in the supply curbs. Iran, Libya and Venezuela are exempt.

One sticking point has been compliance, with Saudi Arabia cutting more than required in order to offset overproduction from Iraq and Nigeria.

“A scenario where the Saudis ‘absorb’ the majority of a 500,000 bpd cut and formalize their target at current output levels would not be impactful to the market – unless Iraq and Nigeria come into compliance with their targets,” said analysts from Jefferies.

ING bank analysts said the key question was whether the new cuts were real or just a matter of Saudi Arabia formalizing its current over-compliance.

“Obviously, if it is the latter, the market will be disappointed, as this will do little to eat into the surplus over the first quarter,” ING said.

Saudi Arabia needs prices of at least $80 per barrel to balance its budget, much higher than most other producers, and also needs to support the share flotation of its national oil company Saudi Aramco.

Shares in Aramco are expected to begin trading this month following pricing on Thursday that made it the world’s biggest IPO.