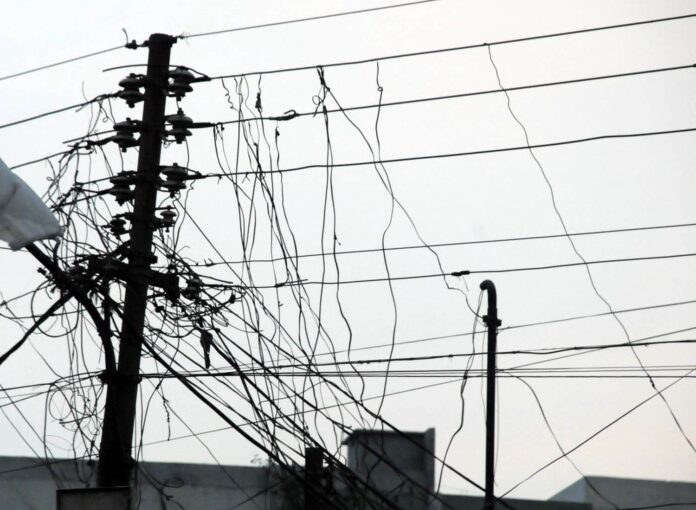 A fine of Rs50 million has been imposed on Karachi Electric Limited (KE) after the National Electric Power Regulatory Authority (NEPRA) found that 19 deaths had occurred because of electrocution “due to lack of earthing of LT/HT poles and leakage of current from the distribution facilities of KEL”, a press release said on Wednesday.

NEPRA said that the power provider had failed to fulfil “its statutory obligation to maintain safety standards” in addition to violating the terms and conditions of its license as well as NEPRA laws.

The press statement added that the regulatory authority had also considered KE’s offer to pay compensation money to the families of the vicitms “in good faith” and had directed that the details of the compensation be shared with NEPRA at the earliest.

“Design of distribution network of KEL does not meet the design requirements as laid down in the relevant Code and Manual. Moreover, KE allowed telephone/TV/internet cable operators to use its distribution network in a hazardous manner for their purposes,” NEPRA noted in its order.

“Further, KE failed to report fatalities immediately after occurrence to the Authority in a prescribed manner and also failed to restore the supply of electricity within the prescribed time limits.”

The statement was an announcement of NEPRA’s decision following a probe into the deaths of multiple people who had died in Karachi during the monsoon rains in July and August this year. NEPRA had launched a probe against K-Electric in August and in September had concluded that the power company was responsible for 19 out of 35 deaths.

K-Electric was served with a show-cause notice by NEPRA and the regulatory authority had directed the company to submit a response in the matter.

Meanwhile, KE has stated it would submit a review with NEPRA regarding the recent decision on the unfortunate incidents in Karachi.

“The power utility will review the [NEPRA] report in detail and submit an appropriate reply,” KE said in a statement on Tuesday. “KE is a law-abiding and responsible organization which ensures compliance with all respective regulations and guidelines and is committed to providing safe and reliable power supply to its customers.”