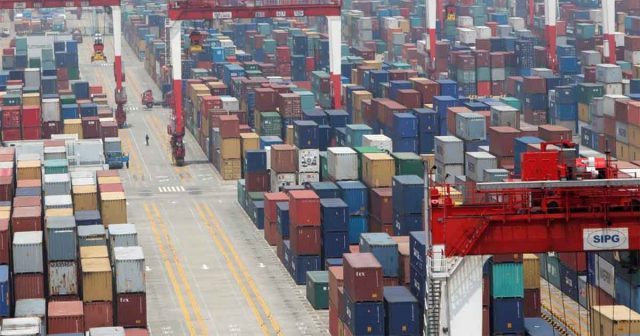 Beijing will lower import tariffs on more than 850 products from next month, the finance ministry said Monday, as authorities battle a severe shortage of the meat staple.

China’s pig industry has been hammered by African swine fever, which has led to the culling of more than a million animals, according to official statistics, and caused the price of pork to double.

Monday’s announcement said tariffs on frozen pork will drop from 12pc to eight per cent from January 1.

The move does not appear to be linked to the bruising trade war between China and the US, which has seen Washington and Beijing exchanging levies on goods worth hundreds of billions of dollars, dragging on global growth.

However, Donald Trump retweeted two press reports on the tariff reduction Monday, without any additional comment, and the list includes many items that Chinese companies purchase from the US such as pork and tech goods.

And analysts said the move was an indication of China’s desire to show it is opening up after this month’s mini deal with the US to reduce some levies and work towards a wider pact.

The Tariff Commission of the State Council said in a statement that the changes will optimise “the trade structure and promote the high-quality development of the economy”.

Levies will also be lowered on other foods such as fish, cheese and nuts, pharmaceuticals, parts for manufacturing smartphones and a range of chemical products.

With China’s pig herd down by about 40pc, authorities have launched a plan to restore pork production to pre-swine fever levels by 2021.

Imports of meat reached a record high in November in China, Bloomberg News said, citing customs data that showed pork imports are up 151pc from a year earlier.

From July 1, China will also further reduce tariffs on some technology products, the finance ministry said in a statement on its website. Those goods include printers, audio recorder parts and pacemakers.

Tariffs on certain types of satellite TV receivers will fall from 10pc to 5pc, according to the ministry’s statement.

Goods from countries including New Zealand, Peru, Costa Rica, Switzerland, Iceland, Australia, South Korea, and Pakistan will also be subject to even lower levies under re-negotiated trade agreements, according to the statement.

Last week, China issued a list of US chemicals that will be exempted from import tariffs, including certain types of industrial glue and adhesives, industrial polymers and types of paraffin, which can be found in cosmetics and food.