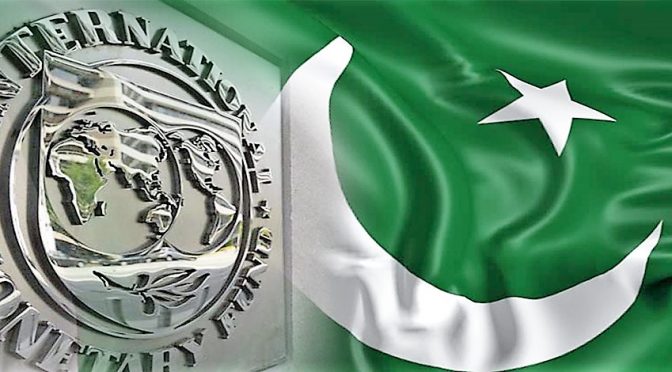 –‘Tax collection target has been revised to Rs5.238tr keeping in view slippages in fiscal discipline, expenditures and revenue targets’

ISLAMABAD: Although the International Monetary Fund (IMF) missions that had earlier visited Pakistan denied making any downward adjustment in the annual revenue target of the Federal Board of Revenue (FBR), the IMF’s Executive Board has finally cut the tax collection target to Rs5.238 trillion, as compared to Rs5.55 trillion set for the financial year 2019-20 (FY20).

After the first review of the $6 billion Extended Fund Facility Programme for Pakistan, the IMF has introduced some major changes in the programme conditions. It has modified nearly a dozen existing conditions, including relaxing the social sector spending conditions and introducing four more conditions.

As per the IMF report, a cut of Rs265 billion in revenue target was made keeping in view the slippages in fiscal discipline, expenditures and revenue targets.

The FBR had faced Rs211 billion shortfall in the first five months of the FY20, sources said, adding that even the revised target of Rs5.238 trillion seems unrealistic.

The IMF expects Pakistan to miss the budget deficit target of Rs3.2 trillion and has projected excesses in almost all types of current expenditures, including debt servicing and defence spending.

In other major concerns for Pakistan, IMF, in the same report, also warned Pakistan of the risk of being placed on the Paris-based Financial Action Task Force’s blacklist, which could have serious implications for the country’s economy.

“Pakistan continues to be included in the FATF’s list of jurisdictions with serious AML/CFT deficiencies. A potential blacklisting by FATF could result in a freeze of capital flows and lower investment to Pakistan.”

As per the report, the IMF programme for Pakistan continues to face significant risks, both from domestic and external factors. Potential external risks include blacklisting by FATF, slow progress in refinancing/re-profiling loans from major bilateral creditors and increasing headwinds from a weaker global economic backdrop.

The FATF’s Asia Pacific Group also discussed Pakistan’s Mutual Evaluation Report, noting that existing efforts were inconsistent with the level of risks and that greater effectiveness needs to be demonstrated.

Due to a delay in completing the 27-point Action Plan, the IMF has also accordingly adjusted a programme condition to complete the work from October 2019 to June 2020.

“But Pakistan has to show a substantial level of effectiveness to the IMF by end-March 2020 that should be consistent with FATF Immediate Outcome 9 on terrorism financing investigations and Immediate Outcome 10 on targeted financial sanctions,” the IMF said. “Pushback on policy initiatives was expected from the vested interest groups and the lack of majority by the ruling party in the upper house may also affect the approval of new legislation.”

The report said that the resistance to reform from vested interest groups could undermine the programme’s fiscal consolidation strategy and put debt sustainability at risk.

“The failure to meet programme objectives could jeopardise the availability of external financing,” the IMF cautioned.

The IMF staff flagged the risks stemming from the composition of fiscal adjustment and cautioned that fiscal consolidation must be achieved on the back of high-quality measures to ensure the sustainability of the adjustment.

It also disclosed a significant increase in electricity prices from next month, in addition to reintroduction of debt servicing surcharge in power bills on account of circular debt-related fresh borrowings.