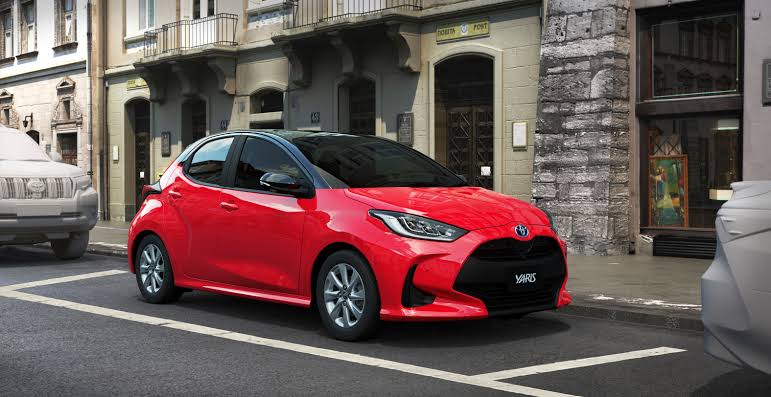 The financial fortunes of Toyota – the company best-known in Pakistan for its production of the country’s leading sedan, the Corolla – may end up becoming more reliant on another sedan. The launch of a new model, the Yaris, could end up help turning around Toyota’s fortunes, which have taken a dive in recent months with declining sales.

The Yaris is the latest offering in the competitive 1,300+ cubic centimeter engine sedan category, and is expected to be launched in the third quarter of the fiscal year ending June 30, 2020, with sales commencing in the fourth quarter (the second calendar quarter of 2020). The Yaris is expected to have five variants (ranging from 1.3-litre to 1.5-litre engines), and will be priced between Rs2.3 million and Rs2.9 million, making it significantly cheaper than the Corolla, which currently retails between Rs2.5 million and Rs3.7 million.

According to a note issued to clients by AKD Securities, an investment bank, the sale of 30,000 to 50,000 units of the Yaris could push annual profits for Indus Motors – Toyota’s Pakistan subsidiary – by between 5% and 31% over the course of this financial year.

So far, Toyota had been relying on its core brand, the Corolla, which is the dominant sedan in Pakistan, making up on average 61% of the 1,300-cc segment in the last decade, and contributed on average around 75% to Toyota’s gross profits over the last 5 years.

This over reliance on the Corolla has been a pain point for Toyota, since the average car model is only meant to last around two years. The long overdue Yaris could help revive sales.

“On price rise frequency and cumulative hikes amongst the three major OEMs [original equipment manufacturers] through the CY17-19 devaluation led pricing escalations, Indus Motors has the highest cumulative price rise for its Corolla variant, with higher price rises sooner, confirming our case for Indus continuing this trend to preserve margins,” wrote Ali Asghar Poonwala, a research analyst at AKD Securities, in a note issued to clients on December 19.

Toyota is well positioned for this new launch. According to AKD Securities, Toyota’s augmented capacity allows the firm to meet any demand spikes with relative ease. It also has a successful track record of riding the new-model effect sales bump.

Additionally, there is little competitive pressure, since a Honda City upgrade is not due until 2021, and KIA or Hyundai have not announced any new entrants in the same segment.

Car sales in Pakistan are driven in large part by increases in personal disposable income. While that does not necessarily always go down for a substantial part of upper middle-income households in Pakistan – the kind of people who can afford to buy a car – during an economic slowdown, a slowing of economic activity nonetheless does make people want to conserve their cash more, and hence be less inclined to make a large purchase like a new car.

This year, that slowdown is being exacerbated by a new problem: the requirement imposed by the government that people be able to prove that they have filed their tax returns before they can buy a new car. Most people in Pakistan do not file their tax returns and fear doing so because they think – not without reason – that they will be harassed by the Federal Board of Revenue (FBR) if they disclose to the government how much money they make and what their source of income is.

A second major factor that drives new car production in Pakistan is the availability of car financing from commercial banks. It is not clear just what proportion of cars in Pakistan are bought on auto leasing, but it is clear that the volume of auto loans available to consumers is directly proportional to the number of new cars sold and produced in the country.

The total amount of new loans to consumers has been steadily increasing over the past six years, though the pace of increase over the past 12 to 15 months has dropped considerably. The total volume of loans outstanding declined in June 2019.

Banks are increasingly uncomfortable with the idea of loaning money to consumers at a time of rapidly rising interest rates. The State Bank of Pakistan has more than doubled the benchmark discount rate at which it lends to commercial banks. The discount rate was 6.0% as recently as January 2018. It has since risen to 13.25% in just over 18 months.

Commercial banks are particularly afraid of a repeat of 2008, when they had been lending to consumers at a rapid clip for about five years, and then suddenly saw a sharp rise in interest rates, which affected the ability of many of their borrowers to pay back their loans. As a result, defaults at commercial banks on their consumer lending portfolios rose sharply and they faced heavy losses on their balance sheets.

The decline in auto lending is unlikely to be as sharp or as prolonged as the one that followed the 2008 financial crisis. For one thing, interest rates are unlikely to hit 20%, which is what happened in the aftermath of that recession. Most analysts believe that the State Bank of Pakistan is unlikely to raise interest rates any further than they already have.

And secondly, banks appear to have been far more prudent in their lending practices during this boom cycle compared to the last one, which suggests that loan losses are unlikely to be as high as they were the last time, when over a quarter of all consumer loans went into default. That number is likely to be significantly lower this time around, which means that banks are unlikely to completely abandon consumer lending like they did in the aftermath of 2008.