Senate body expresses concerns over amendment that empowers FIA to arrest anyone carrying over $10,000 in the country 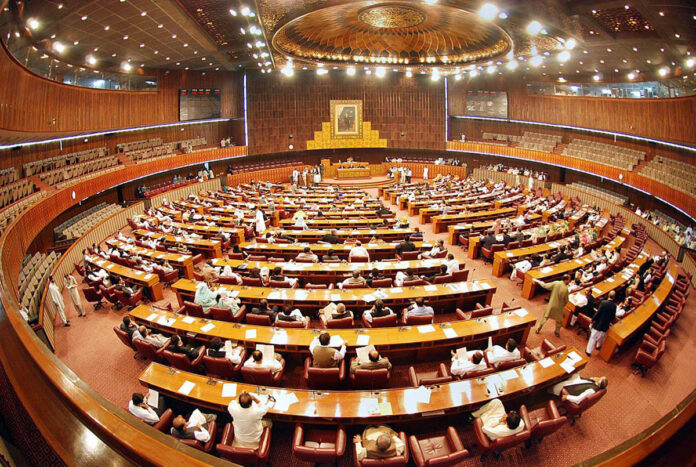 ISLAMABAD: The government may face more difficulties in meeting the Financial Action Task Force (FATF) conditions, as a parliamentary committee on Tuesday unanimously rejected some of the proposed amendments in Foreign Exchange Regulation Act,1947, and the Anti-Money Laundering Act,2019, saying that the same could be misused.

Through the proposed changes in the Foreign Exchange Regulation (Amendment) Act, 2019, which were approved by the National Assembly, the government had proposed restriction on carrying over $10,000 cash within the country.

Terming it against the freedom of individuals, the Senate body unanimously rejected the proposed amendment in the existing law, saying that the law would be misused to create problems for the public, especially the businessmen.

Despite repeated requests and justifications made by the finance secretary as well as the officials of the State Bank of Pakistan (SBP) and Federal Investigation Agency (FIA), committee chairman Farooq H Naik outrightly rejected the amendment and said, “Even I could be arrested by law enforcement agencies in case the same is approved.”

The government officials were of the view that the restriction was necessary to control terror financing and money laundering, as identified by FATF.

“I can say it on record that we may face problems at FATF in case such amendments are not made,” Finance Secretary Naveed Kamran Baloch said. “The amendments are being made to save Pakistan from blacklisting by FATF…it is a national issue.”

Realizing that the senators were not ready to consider the proposed amendment, the finance secretary and FIA officials suggested the members propose changes in wordings of the law so that the bill could be cleared from the Senate body. However, their requests were not accepted by both the opposition members as well as the members of the ruling party.

The committee was earlier informed that a new section ‘8A’ was inserted in the forex act to restrict the free movement of foreign exchange within the country without any limit. Therefore, Foreign Exchange Regulation (Amendment) Act, 2019, duly vetted by the Law and Justice Division, ratified by the Cabinet Committee for Disposal of Cabinet Cases (CCLC) and approved by the Federal Cabinet in its meeting held on December 20, 2018, was introduced in the National Assembly on 22nd April 2019.

The National Assembly had referred the bill to the NA Standing Committee on Finance. After approval from the body, the same was introduced in Senate on January 1, 2020, which later referred it to the Senate committee.

Interestingly, the members of the body, despite the warning by the chairman that the same could be misused, approved an amendment in Section 23 of FERA 1947, besides approving the addition of new provisos to provide explicit powers to the FlA for taking prompt action against illegal foreign exchange operators and others without requirement of any formal complaint from SBP.

under the existing law, it was mandatory for FIA to take SBP’s staff along for any raid and inspection related to financial transactions and money laundering.

Meanwhile, the committee also approved an amendment in the Anti-Money Laundering Act related to enhancing the punishment, making any offence punishable under the law as cognizable and non-bailable. The committee further approved FIA’s request to increase the investigation period of any case from 90 days to 180 days.

According to officials, the amendments were being made in the act to have largely-compliant rating from the FATF on the implementation of its 27 action points, which might help the government get more time from the watchdog for full compliance. Earlier, the committee was briefed that all amendments were in line with FATF recommendations and if enactment takes place before the scheduled meetings it would strengthen Pakistan’s compliance position.

The committee considered the amendments clause by clause and approved some of them without amendments. Some amendments were rejected right away while some were approved partly.

“For the plenary meeting of the FATF in February 2020, our target is to be largely complaint on most of the action points,” officials of finance ministry informed the parliamentary panel. “Pakistan will be judged by FATF plenary next month on the basis of the joint group’s report.”

To exit the grey list, Pakistan needs to show full compliance on all the action points by Feb 2020, according to the FATF statement issued in Oct last year.