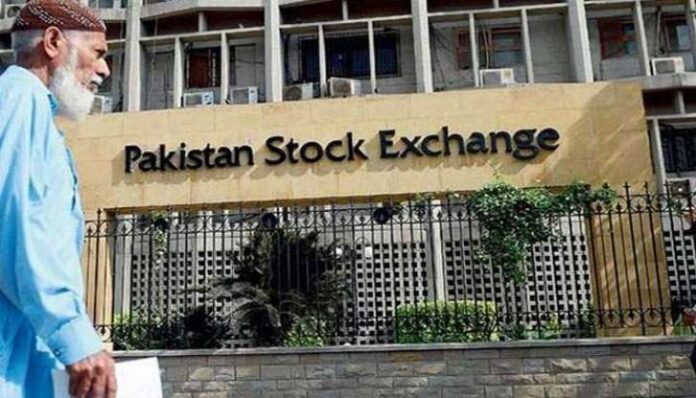 The Pakistan Stock Exchange (PSX) witnessed an overall spike in its gains as local and foreign investors rampaged across the market to quickly hit upper circuits as soon as the war clouds hanging over the region due to US-Iran hostilities dissipated.

The index was hit hard earlier in the week as tensions in the Middle East had escalated following the death of Iranian General Qassem Soliemani.

Based on the National Clearing Company of Pakistan (NCCPL) data, foreigner investors remained net buyer of $7.02 million during the outgoing week. On the local side, mutual funds and individuals were net sellers of $5.78 million and $4.11 million, respectively.

Since Aug 16, 2019, when the benchmark index was hovering around 28,765 points, the market has witnessed a spectacular rally that has carried it up by 50pc in less than five months.

According to market analysts, besides de-escalation in Mideast tensions, an increase in foreign reserves held by the State Bank of Pakistan from $11.48 billion to $11.50 billion and falling of the 10-year Pakistan Investment Bond (PIB) yields by 9bps to 10.9pc caused investor to prefer investing in equities.

Among other developments that dominated play at the PSX, tractor sales plunged to 15,200 units during the first half of 2019-20 from 38,000 units in the same period last year.

Meanwhile, gas crisis worsened due to a further drop in supplies from different fields, slowing down industrial output and impacting people during the ongoing cold wave in the country.