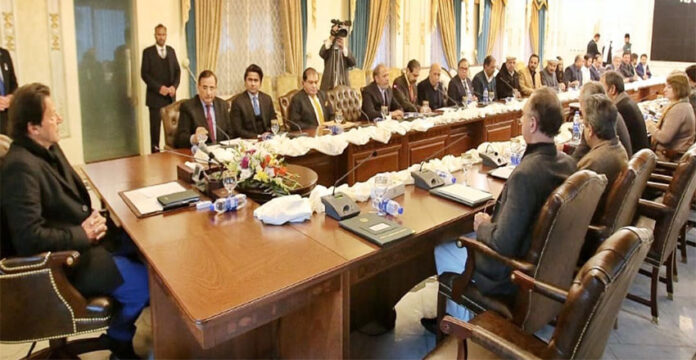 ISLAMABAD: Prime Minister Imran Khan has said the government would soon unveil a comprehensive policy to revive the sick industrial units to gear up economic activity and create job opportunities in the country.

He said this at a meeting with the delegation of the Federation of Pakistan Chambers of Commerce and Industries in Islamabad.

He informed the delegation that the macro indicators are showing improvement within 16 months. Besides, the record 40 percent increase in the stock exchange also manifested investors’ trust. He said the local currency is getting stable, which would further stabilise the prices as well as the economy.

He assured the delegation that the government was making all-out efforts to make the Pakistani products compete their rivals from other countries for the benefit of the country’s trading community.

It has been learnt that the industrialists placed three main demands before the prime minister; cut peak high interest rate, reduce energy prices and withdraw the CNIC condition on purchase of over Rs50,000.

However, Imran Khan showed his inability to immediately ease tight monetary and fiscal policies and withdraw the Computerized National Identity Card condition which according to industrialists was vital for reviving sick industrial units.

However, the premier did not accept these demands and showed his government’s desire to relax the conditions the moment economic stability is achieved.