Indian exports to Oman increased to 1,417 tonnes by November 2019, of which 1,038 tonnes were received by Pakistan as 'imports from Oman' 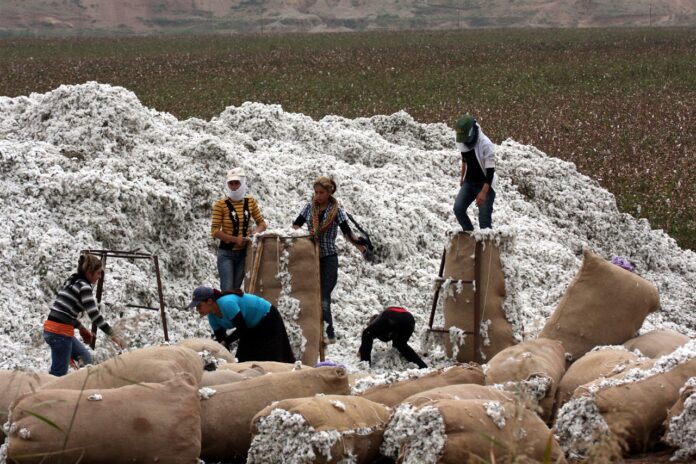 LAHORE: Despite Pakistan’s decision to ban bilateral trade ties with India on August 10 last year, around 1,038 tonnes of Indian cotton yarn reached Pakistan via Oman till December as imports from Oman.

As per details, in the aftermath of India’s decision to revoke Article 370 of their constitution which granted Indian occupied Kashmir a special status, Pakistan had downgraded its diplomatic relations with India and later also suspended its bilateral trade during a cabinet meeting.

Soon after the cabinet meeting, the commerce ministry issued two notifications for the implementation of the decision. As per notification SRO928 of 2019, all kinds of exports to India had been suspended through amendments in the Export Policy Order 2016.

In another notification (SRO927), the government also banned the import of Indian goods or those imported from it by amending the Import Policy Order 2016. Previously, this ban was only limited to imports and exports from Israel.

When contacted, Zahid Khohkar, Director General, Customs Intelligence and Investigation, said it is difficult to find out whether the goods were made in Oman or they were actually from India.

“What we do is that we carry out complete investigation and check whether there is a stamp placed on it or not which could prove that these goods are in fact of Indian origin. The second thing we do is check with our embassy whether the country produces the goods that are being sent as exports. Because if they are not producing the goods in their country, how could they export it?” he added.

Pakistani textile industry needs imported cotton to meet its needs since its cotton queen failed to meet the targeted figure of 15 million bales last year as Pakistan produced only 8 million bales in 2019.

Talking to Profit, a spinning mill owner shared that law enforcement agencies failed miserably to stop Indian cotton yarn to reach Pakistan via Oman. “What was the purpose of placing a ban on bilateral trade with India if they cannot stop Indian origin cotton yarn from reaching Pakistan.”

A weaving mill owner, who did not wish to be named, said, “It was a bad decision of the PTI government to ban bilateral trade with India because India’s cotton yarn is of excellent quality. It forced us to use other channels to bring Indian origin cotton yarn to Pakistan as we have to meet the demand as we (Pakistan) missed the target of 15 million cotton bales.”

It is pertinent to mention that India’s Shri Vallabh Pittie, a global leader in the raw material for textiles, through its subsidiary in Oman named SV Pittie Sohar Textiles FZC LLC in December 2018, inaugurated the first cotton yarn production unit in Oman. The second unit was established on November 23, 2019, at Sohar Free Zone.

The figures available with this scribe confirms that the cotton yarn which reached Pakistan was in fact not produced in the newly established cotton yarn units in Oman but were received as imports from India that Oman exported to Pakistan as ‘Made in Oman’.

According to documents, it is also strange that in 2018, Oman’s imports of cotton yarn from countries across the globe was 7 tonnes which increased to 1,417 in November 2019 from India alone.

Also, Oman’s export of cotton yarn to other countries of the world were 25 tonnes in 2018 which increased to 1,038 tonnes by December 2019 for Pakistan alone. All this had happened during the period when Pakistan imposed complete ban on trade with India.