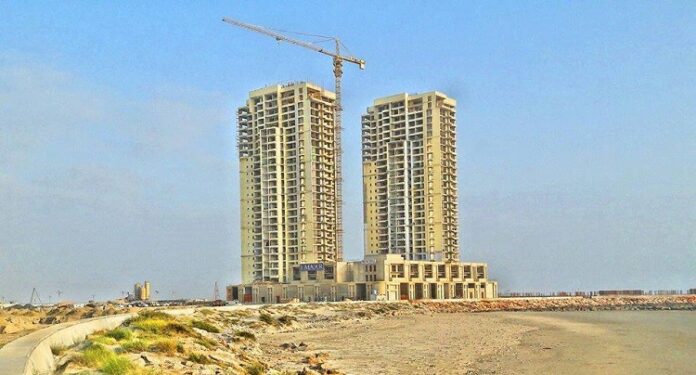 ISLAMABAD: The federal cabinet is likely to give permission for the construction of high-rise buildings in four major cities, in compliance with international aviation laws.

Sources informed Pakistan Today that the prime minister has summoned a meeting of the federal cabinet on Tuesday, wherein 16 different proposals of different ministries would be discussed.

The cabinet will take up the Ministry of Aviation’s proposal pertaining to the construction of high-rise buildings in Lahore, Karachi, Multan and Peshawar. Sources said that a sub-committee was formed under the chairmanship of Aviation Minister Ghulam Sarwar Khan and a proposal presented by the committee is still awaiting approval.

In its proposal, the sub-committee has recommended that multi-story buildings should be allowed within a radius of 15.24 kilometres of every airport under international aviation laws. Civil Aviation Rules-1994 (Rule 68) defines the height restriction in terms of various Obstacle Limitation Surfaces (OLS) around an aerodrome up to a maximum limit of 15.24 kilometres.

Besides discussing the sub-committee’s proposal, the cabinet will also take up the matter of amendments in the National Electric Power Regulatory Authority (NEPRA) Act as the department has shown serious concerns over the recently-approved amendments in its ordinance.

NEPRA believes that implementation of the proposed amendments would create a heavy burden on the consumers and all charges from line losses to interest payments on the loans taken by the power sector, as well as technical losses, would be passed on to the consumers.

Other items on the cabinet meeting’s agenda include a briefing by the Cabinet Division on the implementation of the decisions taken so far. The Prime Minister’s Office will give a presentation on situational analysis of ministries and attached departments.