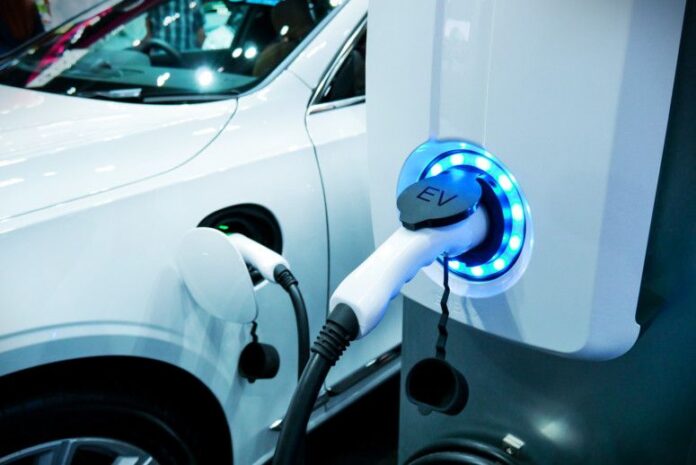 ISLAMABAD: Despite the fact that Ministry of Climate Change’s proposal for the first-ever Electric Vehicles (EV) policy was accepted by the federal cabinet, it emerged on Thursday that the policy will now be redrafted and implemented by the Ministry of Industries and Production (MoIP) through its attached department Engineering Development Board (EDB).

During the 30th meeting of the Auto Industry Development Committee (AIDC) on Thursday, Adviser to Prime Minister on Industries & Production, Commerce, Textile and Investment Abdul Razak Dawood announced that the MoIP would be the only authority to deal with the policy.

The meeting was attended by all major stakeholders, including Pakistan Automotive Manufacturers Association (PAMA), Pakistan Association of Auto Parts and accessories Manufacturers (PAAPAM), senior officials from MoIP, EDB, Federal Board of Revenue (FBR), Planning Commission of Pakistan, Ministry of Science and Technology (MoST), Ministry of Commerce and leading vehicle manufacturers.

The adviser announced that the policy is now the domain of the MoIP as per the rules of business and EDB has been designated at the secretariat of the EV policy.

Officials at MoIP said that the adviser had authorised the preparation of the policy to the EDB and it has to submit the first draft within a month.

Sources informed this scribe that FBR has opposed the extraordinary concession proposed under the EV policy. Sources also said that Dawood too expressed displeasure over the way the policy was approved by the cabinet because he was abroad when the meeting had taken place.

Sources said that representatives of PAMA suggested to the MoIP that concession should be given on only those parts, which are needed for manufacturing electric vehicles. “There are only 8 to 10 parts/items that would be imported in order to make electric vehicles while the rest of parts and the body are locally manufactured and assembled,” sources quoted the representatives as saying.

Sources informed this scribe that the relaxed taxes and other facilities being proposed by the Ministry of Climate Change and MoST were not justified since they would hurt auto companies.

However, as per the officials at MoIP, the entire automotive sector expressed relief on the announcement by the adviser because it believes that the task is now handed over to a technical organisation which is the most relevant body for the promotion of the automotive industry.

Moreover, various tariff and non-tariff proposals were discussed in the meeting. The participants were of the view that the adviser may grant 15-20 days for the submission of concrete proposals on the local manufacturing of electric vehicles. The EDB chairman advised the participants from various segments of the automotive sector to expedite the submission of their proposals to EDB in view of the timeline given by the advisor.

According to sources, PAMA has submitted its report while other stakeholders would be sharing their proposals with the ministry soon.

Investment under the Auto Development Policy (ADP 2016-21), proposals by various companies to invest in electric vehicles under ADP, standardisation of equipment, promotion of localisation, exports of parts and components in the long run, employment generation and positive impact on national exchequer were the main discussion points in the meeting.

During the meeting the adviser also emphasised that the policy will be prepared to best suit the needs of the country and the investment in the manufacturing of parts will also be safeguarded. Explaining the importance of EVs, he emphasised that synchronized efforts are required to shift to electric vehicles in order to achieve best possible results.

The adviser, while announcing the way forward, urged that the “Make in Pakistan” agenda will be supported in each policy, including electric vehicle manufacturing. Imports will be discouraged and provision of jobs to youth will be targeted while aiming to achieve environmental goals, he added.

Later the EDB CEO ensured submission of first draft of the policy to MoIP within stipulated the timeframe.