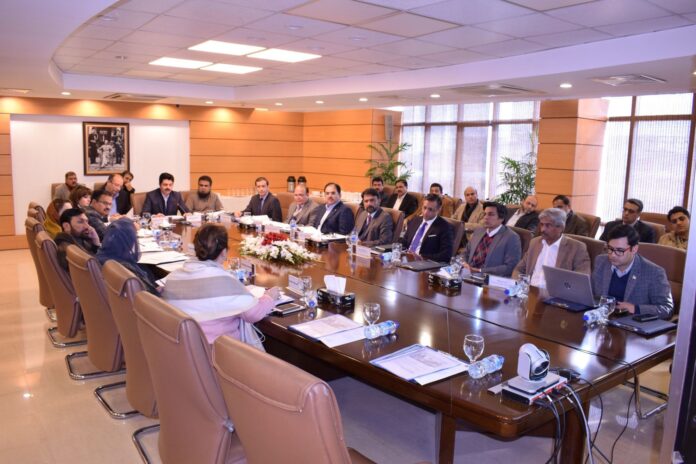 ISLAMABAD: The National Assembly’s Standing Committee on Industries and Production was informed on Monday that the Utility Stores Corporation (USC) was in the process of procuring 53,333 tonnes of wheat flour, which will be sold at subsidised rates.

However, the committee was informed by USC Managing Director Umer Lodhi that 1,103 tonnes of wheat flour was available with the corporation while it was provided with 200,000 tonnes of wheat by the government.

Committee chairman Sajid Hussain Turi inquired about the price difference between the commodities being sold at the USC and the open market.

Lodhi briefed the committee that the wheat flour was cheaper by Rs5-10 per kilogramme at the USC and after the recent release of Rs6 billion subsidy, the prices have further been streamlined at Rs40 per kg.

Despite Lodhi’s claim, the committee members expressed concerns over the shortage of wheat flour in the country, urging the government to address the prevalent crisis.

The USC MD further claimed that there was no shortage of wheat flour at the USC outlets. “There are reports of haste buying which too is aggravating the situation in some areas.”

The committee was also informed that the USC outlets were selling sugar at Rs75 per kg. The open market rate was around Rs80 at the retail end, whereas it was less at large cash and carry stores.

About the USC’s financial management, the MD informed the committee that around 50 per cent pending liabilities to the contractors have been released and that the remaining amount would be released in the next six months.

The USC had huge pending liabilities of Rs8.3 billion, which have now been reduced to Rs3.9 billion.

Meanwhile, the committee approved the minutes of previous meeting held on 8 July 2019 and decided to hold an exclusive session to discuss the report on the implementation status of the previous committee recommendations.

The aim of the programme is to provide sustainable livelihood opportunities leading to long-term economic growth of FATA, mobilisation of its communities, entrepreneurs and local authorities to identify and invest in areas of high demand and potential to sustain return.

The committee raised concerns over the monitoring and evaluation mechanism of SMEDA/Ministry of Industries and Production regarding disbursements of grants by the authority to different sectors.

The committee recommended that SMEDA will provide details of its ongoing and new projects on quarterly basis to the committee.