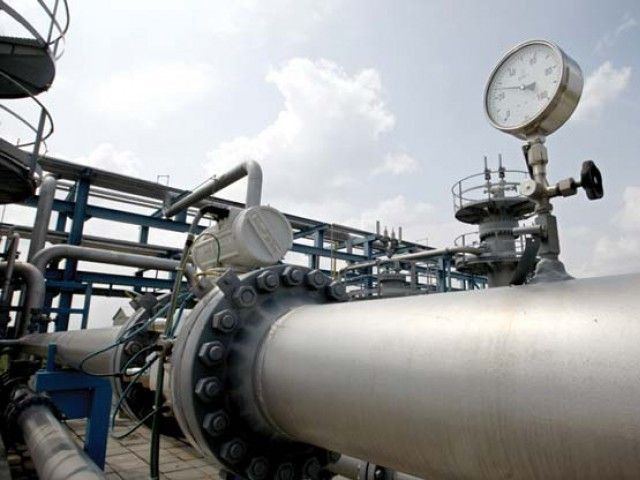 ISLAMABAD: The Senate’s Standing Committee on Petroleum was informed on Monday that the ongoing gas crisis in the country, particularly in the gas-producing provinces of Balochistan and Sindh, would be resolved ‘very soon’.

The committee members had earlier raised serious concerns over gas shortage across the country amid intense cold weather wave.

Expressing grave concerns over the shortage of gas in Sindh and Balochistan, the committee members noted that women in both the provinces were being forced to collect firewood for cooking and heating purposes.

“Since the constitution has given supply rights to the inhabitants of gas-producing provinces, then why the people of these provinces are being deprived of this necessity,” the senators questioned.

Senator Jahanzeb Jamaldini asked as to why only six per cent [of the total gas production] was being provided to Balochistan, the biggest gas producer in the country.

“Gas is being extracted from Balochistan while its residents are being deprived of the benefits of their resources,” Jamaldini lamented.

Both the senators walked out of the meeting over non-implementation of Balochistan’s oil and gas quota.

“The PPL managing director has a prejudice against Balochistan,” the protesting senators alleged.

Meanwhile, the Sui Northern Gas Pipeline Limited (SNGPL) officials assured the committee that the company would formulate a phase-wise priority plan to ensure gas supply to the areas identified in circles of Lora, Bakot, Baghan and upper/lower Galiyat.

Discussing the scheme for gas supply to village Mohra Dhamial and Dhoke Sudan Jabbar (Tehsil Gujar Khan), the committee was informed that the scheme, as per originally approved map location, was okayed in 2018. “The work will resume soon on the pipes already laid to the ground.”

The committee was further briefed about the scheme for laying of additional 10” diameter transmission line approved from Kheshghi to Charsada and from Charsada to Peshawar to overcome the issue of low gas pressure in Charsada Tangi Sherpao and surrounding areas.

About regularisation of the services of 13 Balochistan-based engineers by the Oil and Gas Development Authority (OGDCL), the committee was informed that the contract employees would be given some relaxation in employment criteria but the procedure of test and interview would have to be followed.

The committee asked OGDCL to report back in a month after completing the recruitment process.

The matter of outstanding payments to International Fabrication Company for replacement of 26’’ diameter of 15km gas pipeline at Uch gas field was also discussed on the occasion.

The committee, after hearing OGDCL as well as the contractor, directed both to hold a joint meeting to take the disputed issues to the OGDCL board for resolution.