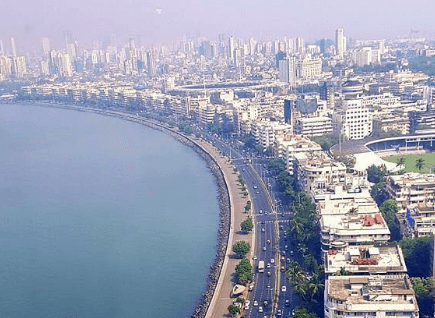 ISLAMABAD: Gwadar Port now plays a new role to facilitate transit trade for Afghanistan, a landlocked country in the region, by providing a most economical trade route for the war-torn nation after the first ship of Afghan transit trade arrived at the port recently, a Chinese website reported on Wednesday.

Afghan traders use two Pakistani ports, namely Karachi and Qasim in Sindh province, for their transit trade, but the Gwadar port in neighbouring Balochistan province is an additional facility which is closer to Afghanistan, and moreover, it would give quick clearance of their goods.

Experts in Pakistan believed that the start of Afghan transit trade through Gwadar is the right decision in making the port completely functional in boosting regional connectivity and development.

Senator Mushahid Hussain Sayed, also chairman of the Pakistan-China Institute, told Xinhua that utilising Gwadar for Afghan transit trade is a positive and potentially historic development as it underlies the significant role that Gwadar will play for regional economic connectivity.

“This also opens up possibilities of Afghanistan joining CPEC (the China-Pakistan Economic Corridor), which would be welcomed both by Pakistan and China,” the senator said.

He said such trade opportunities augur well for the Pakistani province of Balochistan as well, since it means closer trade routes and commercial integration and cooperation among neighbors, adding it would also be a plus for the Afghan peace process, which Pakistan and China strongly support.

The Pakistan Afghanistan Joint Chamber of Commerce & Industry (PAJCCI) said the opening of Gwadar port for the Afghan transit trade will create broader economic viability and choices for business communities.

PAJCCI Chairman Zubair Motiwala described the arrival of the first Afghan transit consignment at Gwadar port destined for Afghanistan as a “major breakthrough” and said the Chinese company at Gwadar has also announced incentives for the Afghan traders.

Motiwala told Xinhua that the success of handling bulk cargoes in Gwadar will pave way for improving congestion problems in other ports like Karachi and will also nourish competitive landscape that would ensure the provision of reasonably priced, high-quality services to both domestic and international clients in the region.

The Pakistan Embassy in Kabul has said that the arrival of the Afghan transit goods at Gwadar marks the establishment of a new economic trade link between Pakistan and Afghanistan.

The consignment of fertiliser would be transported from Gwadar to the Pakistani border town of Chaman covering a total distance of only 1,000 kilometres, according to a statement of the embassy.

It would be the shortest distance in the region for Afghan transit goods from any seaport to Afghan cities including Kabul and southern Kandahar. The functioning of Gwadar for Afghan transit trade would bring down the costs of imports and therefore the cost of living in Afghanistan.

More than 60 percent of Afghan transit trade is already plying through Torkham, a major Pakistani crossing into Afghanistan, in northwest Khyber Pakhtunkhwa province. Pakistan and landlocked Afghanistan had signed a transit trade agreement in 1965 and revised in 2010, which calls for better facilitation in the movement of goods between the two countries.