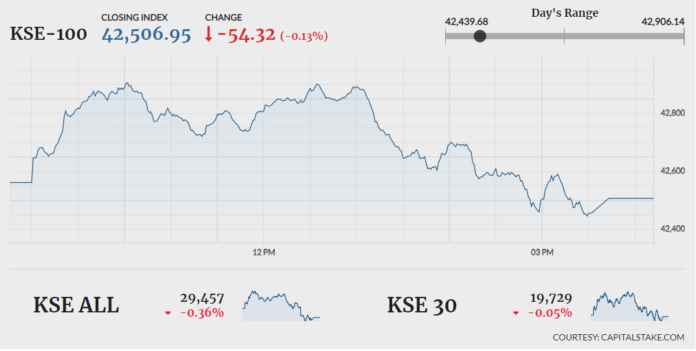 KARACHI: The Pakistan Stock Exchange (PSX) failed to sustain the gains accumulated earlier in the day, as the indices kept changing directions before closing in the red.

Foreign investors remained net sellers in the previous session (Wednesday), with a net outflow of $1.34 million.

On the economic front, the Financial Action Task Force (FATF) has shown satisfaction over Pakistan’s compliance report. Pakistan now requires mustering up diplomatic support for its efforts to come out from grey list and land into the white as Islamabad needs 12 votes out of total 39.