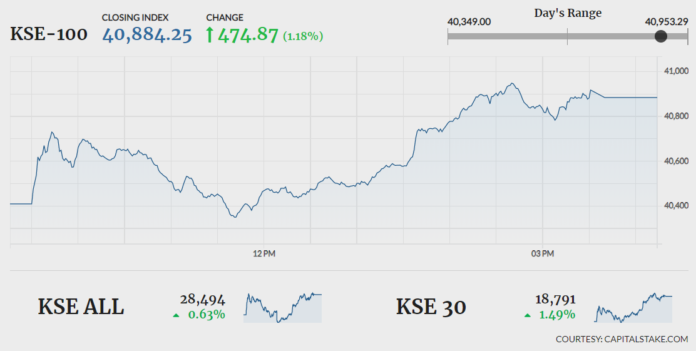 KARACHI: After yesterday’s brutal sell-off, trading session at the Pakistan Stock Exchange (PSX) began on a buoyant note on Tuesday, with the indices recovering some of the losses accumulated in the last session, closing in the green.

Foreign investors ended the previous session (Monday) as net sellers, with a net outflow of $1.66 million.

On the political front, Prime Minister Imran Khan has left for a two-day official visit to Malaysia. According to media reports, the PM would be meeting chairpersons or chief executive officers (CEOs) of well-known Malaysian companies to discuss their future investment plans in Pakistan.

Trading at the exchange would remain suspended on Wednesday on account of Kashmir Day. Normal trading shall commence from Thursday (February 6, 2020).