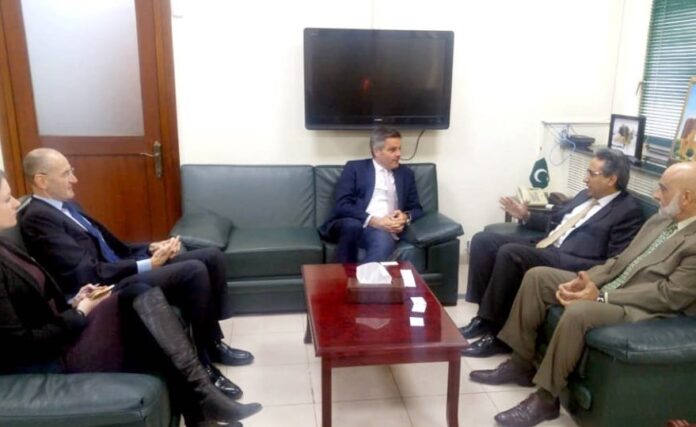 He extended this invitation to a British delegation, led by Her Majesty’s Trade Commissioner Simon Penny, on Tuesday. UK’s Deputy High Commissioner to Pakistan Mike Nithavrianakis and British High Commission Deputy Director for Trade Ms Olivia Campbell were also the part of delegation.

Babar drew the attention of Simon Penny towards the presence of about 40 British E&P companies in Pakistan a decade ago, telling him as to how those companies could again enter in Pakistan through an array of opportunities.

He shared key areas of cooperation between the two countries in general trade of commodities, cooperation in the energy sector, technological manufacturing, including manpower, skill, liquidity for small scale production and robust agricultural productivity.

The SAPM informed the delegation about the incremental steps taken by the present government to encourage the use of renewable energy, including practical timelines for renewable energy’s inclusion in the national grid.

The SAPM hoped that British businessmen and investors’ keen interest would be demonstrated through the E&P roadshow, which is scheduled to be held in London.

Penny commended the improved business environment in Pakistan, saying improved British travel advisory, in his opinion, was a consequence of the impressive improvement in Pakistan’s security and business climate.