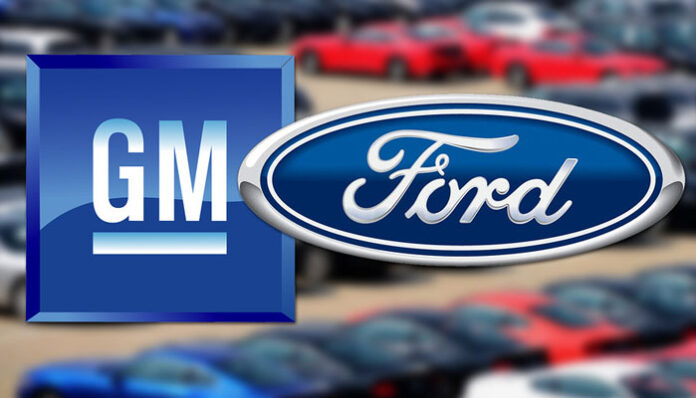 The year´s dreary finale for two of Detroit´s “Big Three” underscored anew the vast existential gulf between 21st century Tesla and two industrial-age giants that are rebooting themselves for a future that emphasizes electric cars and autonomous driving. While Tesla launches production in China and lays the foundation to build cars in Germany, Ford has been closing plants in Europe and South America and GM has struggled to completely shake the effects of a 40-day strike last year that effectively shut down its US operation.

Shares of Ford plunged 9.4 percent in early-afternoon trading to $8.31, while GM was up 0.2 percent at $34.45. But after its dizzying rise, Tesla shares slumped 18.6 percent to $722.58 on Wednesday as investors took profits following a stunning surge the last two sessions that lifted shares by more than 36 percent. Tesla, which has more than tripled in value since October, has shown “incredible volatility,” said J.J. Kinahan, chief market strategist at TD Ameritrade.

“When I first started trading futures, an old guy said to me, ´Be careful of chocolate covered hand-grenades,´” Kinahan said. “That´s a little bit how I feel about Tesla at the moment.” Investors especially punished Ford, which suffered a $1.7 billion fourth-quarter loss and released a disappointing outlook for 2020 earnings, the latest in a run of lackluster results.

The loss — bigger than its $100 million shortfall in the fourth quarter of 2018 — included a charge of $2.2 billion for increased costs of retirement packages, as well as a hit from lower car sales and elevated spending tied to new vehicle unveiling.

Results were marred by a botched launch of the Ford Explorer, a leading SUV model that resulted in lower sales. Chief Executive James Hackett acknowledged that execution of the new Explorer “was simply not nearly good enough” and that “we´ve taken steps to address these shortfalls.” But Hackett said Ford was on track for a “very bright future” as it plans deliveries later this year of the Mustang Mach-E, part of Ford´s growing fleet of electric vehicles.

Morningstar´s David Whiston said Ford´s decision to maintain a strong dividend was a high point, but the vagueness on financial benchmarks “makes it hard for us to see why investors should get excited about owning Ford stock now.”

GM said a 40-day strike that shuttered US factories dented fourth-quarter profits by $2.6 billion, bringing the total negative impact for 2019 to $3.6 billion. The US auto giant suffered a fourth-quarter loss of $194 million, compared with $2 billion in profits in the same period a year earlier, while revenues fell 19.7 percent to $30.8 billion. GM has said previously that it had sufficient inventory prior to the strike to keep dealerships adequately supplied but the walkout derailed production of its top-selling trucks.

The Detroit-based company plans to launch a series of new full-size sport utility vehicles in North America that are expected to boost results in 2020 and beyond.

Executives have talked up progress on its Cruise autonomous driving venture and an aggressive build-out of new electric vehicles, including at a revamped Detroit plant in which the company will invest $2.2 billion. The Detroit factory was spared closure following the agreement with the United Auto Workers that resolved the strike, in part by clearing the way for GM to permanently shut four other plants.

Chief Executive Mary Barra touted GM´s “cultural transformation” and staffing initiatives that have resulted in a younger and more diverse workforce, as well as new commitments to source GM´s electricity from renewable energy.

GM projected 2020 profits of $5.75 to $6.25 a share in 2020, a bit on the low side given that analysts have forecast an average of $6.23 per share. The company signaled it expects lower industrywide car sales in 2020 in the United States and China, its two biggest markets.