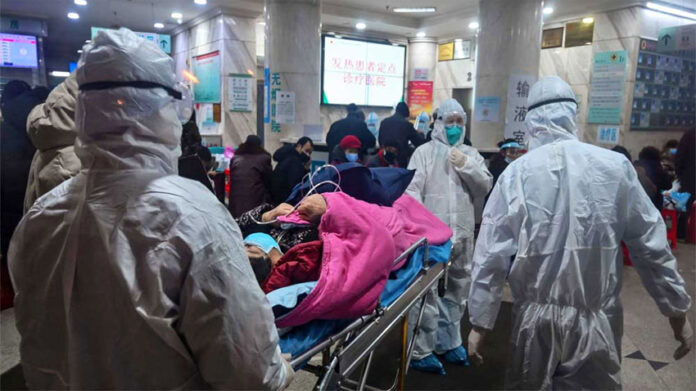 BEIJING: China’s central bank will step up support for the economy to cushion the blow from a coronavirus outbreak, but activity is expected to recover once the virus is brought under control, one of its deputy governors said on Friday.

The People’s Bank of China (PBOC) is closely watching the impact of the outbreak on the world’s second-largest economy, and is preparing policy tools to offset pressure, Vice Governor Pan Gongsheng said on Friday. “In terms of monetary policy, the next step is to strengthen counter-cyclical adjustments, maintain reasonable and ample liquidity and provide a sound monetary and financial environment for the real economy,” Pan said.

“In the context of the epidemic and the downward pressure on the economy, it is more important to maintain economic growth.” Widespread travel and public health restrictions are taking a toll on tourism, restaurants and the service sector, while many factories have suspended operations as authorities try to contain the virus.

The death toll rose to 636 on Thursday with 31,161 cases confirmed. Chinese policymakers are preparing measures, including more fiscal spending and interest rate cuts amid expectations the outbreak will have a devastating impact on first-quarter growth.

Analysts believe growth could decelerate sharply by two percentage points or more from six percent in the last quarter, with business disruptions increasingly spilling over into the global economy. But they say business and consumer activity could rebound sharply if the outbreak peaks soon, much like the pattern during the SARS epidemic in 2003.

Pan reiterated that China had sufficient policy tools to cope with the pressure, such as using targeted reserve requirement cuts, relending and rediscount, to support key sectors.

Pan said the PBOC’s recent liquidity injections have helped lower market interest rates, which could affect China’s key lending rate — the loan prime rate (LPR), when it is next set on Feburary 20. Pan said the cost of special relending, at 300 billion yuan, from the PBOC to commercial banks is relatively low. The PBOC also has told banks to cap rates on loans for selected firms at 3.15 percent, one percentage point lower than the latest LPR.

The government will also cut taxes and fees, Vice Finance Ministry Weiping said at the briefing. Weighed down by weak demand at home and abroad and the Sino-US trade war, China’s economic growth had already slowed to 6.1 percent in 2019, the weakest in nearly three decades. The ruling Communist Party needs growth of about 5.6 percent this year to fulfil its goal of doubling GDP and incomes in the decade to 2020.