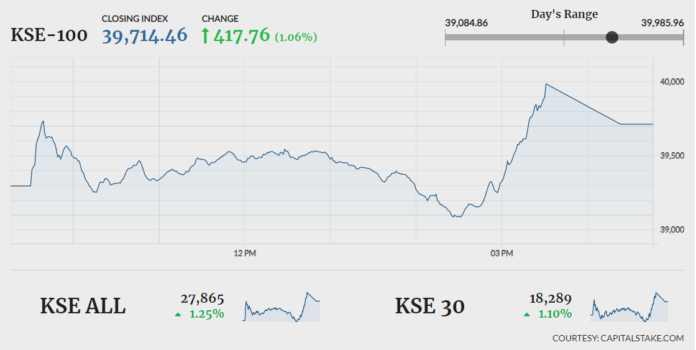 KARACHI: After a lacklustre performance in the previous session, the Pakistan Stock Exchange staged a rally on Tuesday, with the indices ending in the green zone.

Foreign investors remained net sellers on Monday with a net outflow of $0.345 million.

On the market front, Pakistan Telecommunication Company Limited (PTC +0.33pc) declared its financials for FY19. The company’s revenue inched up by a meagre 0.39pc while its cost of sales increased by 1.94pc. As a result, the company’s earnings per share decreased from Rs1.46 in FY18 to Rs1.24 in FY19.