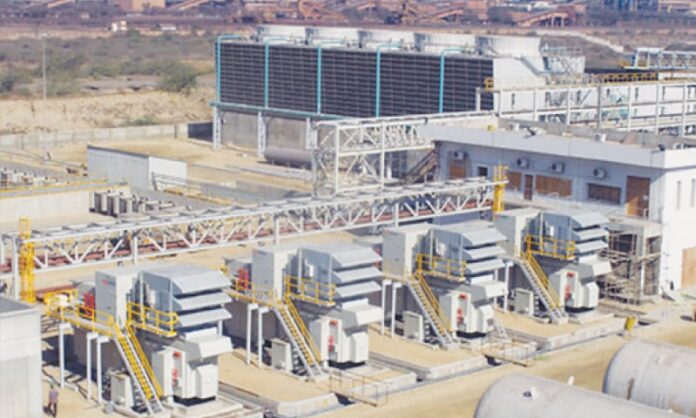 ISLAMABAD: Despite a strong lobby supporting the proposed revival plan of Tuwairqi Steel Mills Limited (TSML) through an expected investment of around $700 million, the framework for the plan has recently been opposed by the federal cabinet, sources informed this scribe on Friday.

The framework, prepared by the Ministry of Industries and Production (MoIP) to promote direct reduced iron (DRI) and revival of TSML, was earlier submitted to the Economic Coordination Committee (ECC), which later constituted a subcommittee for further evaluation.

However, insiders claimed that the same was turned down in the cabinet’s meeting held in the last week of January after some officials of the concerned ministries had shown their reservations over the facilities being offered to the steel company in return of investment.

TSML, in return of fresh investment in DRI, was seeking relaxation in duty on billets and subsidy on gas after three years of operation of the mills.

Some influential people, including a federal minister, backing the revival plan had tried to get the framework cleared from the cabinet last month, but officials sitting at the helm of affairs had opposed the proposals while identifying various flaws in the framework, an insider said.

The framework for the revival of TSML – a joint venture of the Al-Tuwairqi Group of Companies of Saudi Arabia and a South Korean firm since 2013 – was submitted to the ECC on November 20, 2019, after talks between the mill and the government with a fresh injection of around $700 million.

According to documents, the government was going to introduce the incentives for new investors in the DRI sector which would ultimately benefit TSML, which had setup a DRI plant in Karachi.

The Saudi firm had stopped work on the plant, set up at Bin Qasim, Karachi, over an area of 220 acres with 1.28 million tonnes per annum production capacity, after the Pakistan Muslim League-Nawaz (PML-N) government had refused to provide gas at a discounted rate.

The mill’s DRI plant was eventually shut down for several months in 2014 due to the gas supply dispute.

The TSML management had requested gas supply at Rs123 per million British thermal units (mmbtu) in order to effectively operate the plant. However, the previous government refused, saying that this would amount to a subsidy of Rs25 billion over five years.

As per the summary submitted to the ECC, the government was proposed to provide gas at the cost of $4.65 per MMBTU to a DRI unit on the basis of first come first serve, to be used as feedstock for a maximum period of up to 10 years.

In case of non-availability of gas, the government would help provide gas through other available resources including imported RLNG.

Apart from the cheaper and ensured gas facility, the government was also supposed to provide tax exemptions to the new investors as well as the new investment for revival of plants.

However, the local steel industry has raised concerns against the framework, which according to it, was only to facilitate a particular company.

The MoIP, on the other hand, had submitted a summary regarding grant of special concessions/subsidy to attract the FDI for promotion of DRI technology, saying the entire steel industry was consulted before the initiative.

In a letter dispatched to several ministries, the Pakistan Association of Large Steel Producers (PALSP) pleaded that none of the representative body of the steel industry including, PALSP, the Pakistan Steel Melters Association and the National Steel Advisory Council was consulted before making such proposals at highest forum of the ECC.

The association suggested the government to produce DRI through coal-based process instead of using costlier gas. It also raised questions over the concession for only FDI while ignoring the local investors.

The local industry alleges that making the investment of over $500 million as qualifying criteria, and other conditions are being introduced to benefit a particular company.