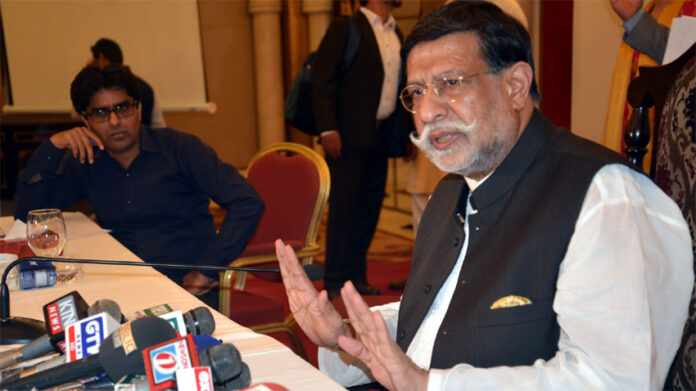 ISLAMABAD: The 8th meeting of the Transaction Committee for the privatisation of the National Power Parks Management Company Limited (NPPMCL) was held in the federal capital on Monday to discuss further progress in the proposed privatisation of Haveli Bahadar Shah and Balloki RLNG power plants.

The meeting discussed progress in relation to a range of matters in connection with the proposed privatization of Haveli Bahadar Shah and Balloki after 12 investors had been prequalified for the final bidding process.

Soomro informed that the ministry was leaving no stone unturned to complete the privatization process of both power plants by mid of April this year.

The prime minister was apprised regularly about the privatization process, he said, adding “we are in a liaison with the concerned ministries/divisions to resolve the issues so that the transactions could be completed within the stipulated time period in an organized manner.”

Speaking on the occasion, SAPM on Petroleum Nadeem Babar said the Ministry of Energy and Petroleum had been fully cooperating with the privatisation ministry to expedite the process.

The meeting was informed that with the inauguration of Virtual Data Room (VDR) at NPPMCL, most of the information for the potential investors had been uploaded after verification by the company’s team.

Minister Soomro said, “We are moving closer towards the privatisation of these RLNG power plants and that all the stakeholders are committed to proceeding in line with the decision of the Cabinet Committee on Privatization (CCOP) and directions of the prime minister.”