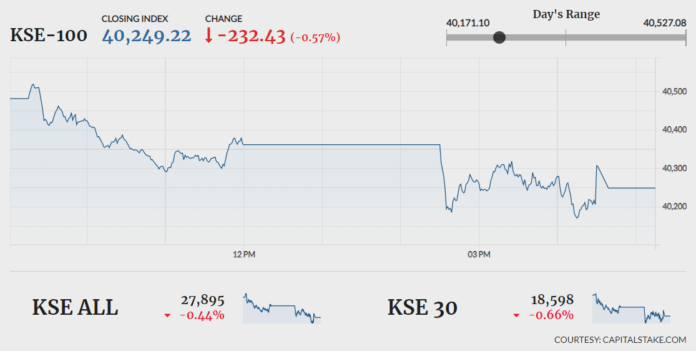 KARACHI: The Pakistan Stock Exchange (PSX) saw another lacklustre session on Friday, as investors opted a cautious approach ahead of the Financial Action Task Force’s decision, which was announced later in the day.

According to media reports, the FATF has retained Pakistan in its ‘grey list’ and that the country has been given until June to fully implement the 27-point action plan.

Meanwhile, Pakistan’s foreign exchange reserves inched up 0.06pc or $12 million to $18,747 million (as on February 14, 2020). Forex reserves in the previous week stood at $18,735 million. Net reserves with the State Bank of Pakistan increased by 0.59pc, whereas net reserves with commercial banks fell by 0.99pc.