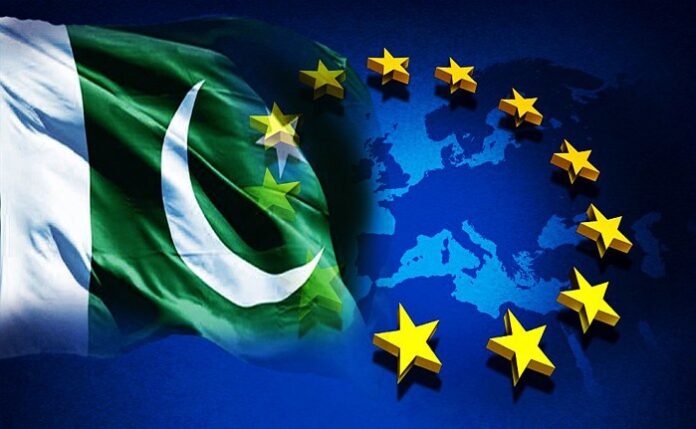 Pakistan would continue to enjoy tariff preferences in the European Union (EU) under the Generalized Scheme of Preferences-Plus (GSP+) status.

This was announced by Adviser to Prime Minister on Commerce, Industry and Investment Abdul Razak Dawood in a tweet on Friday.

Dawood thanked the European Union institutions for allowing the country to avail from the status and also applauded federal and provincial authorities and Ministry of Commerce’s treaty implementation cell for striving hard to meet the GSP plus obligations.

“This would strengthen our resolve to continue to improve the social and economic conditions of our people. I urge the business community to diversify their exports to capitalise on this opportunity to the optimum.”

On February 17, the GSP-Plus status given to Pakistan has come under discussion at the European Parliament on Monday as it reviews the country’s request to extend the facility.

In February 2018, the European Union (EU) extended Pakistan’s Generalised System of Preferences plus (GSP-Plus) status after the European Parliament’s Committee on International Trade expressed satisfaction on the progress achieved by the country in enacting new laws for implementation of 27 core conventions of GSP plus.

The facility was extended for a period of two years then and for another extension, a report detailing compliance from Pakistan on the conditions required from the country for extending the GSP Plus status was tabled before the European Parliament on friday.

The report said that a country-wide survey was carried out in the country to determine the situation of child labour.

It said that Pakistan is the fourth largest partner in the preferential imports and during 2018, the Pakistani exports to Europe remained at 5.88 billion Euros (€).

It said that the largest part of the European imports that comprises of 62.8 percent, came from Pakistan during 2018.