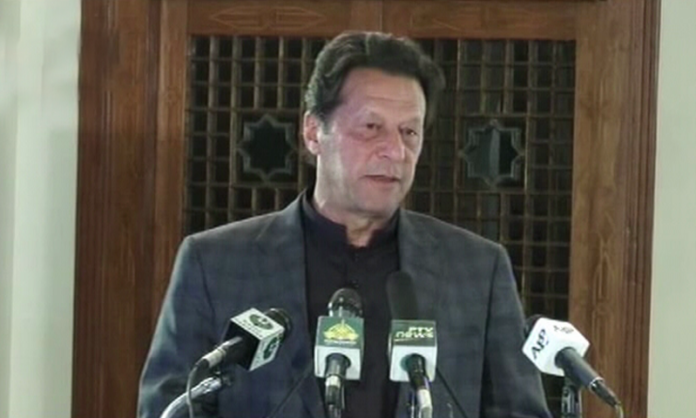 ISLAMABAD: Prime Minister Imran Khan on Wednesday inaugurated the construction of 20,000 housing units in seven projects in Islamabad and said that the government will facilitate the construction sector to help provide housing to the people.

Addressing a ceremony in the federal capital, he said that the construction of houses will be undertaken by private sector and the government will provide it full facilitation in this task.

Appreciating the decision of Lahore High Court (LHC) on foreclosure laws, he said that this step will revolutionise the housing sector in the country.

He said that in Pakistan, the housing financing is 0.2 per cent, which is very low compared to many regional and international countries.

He also said that he realises that the interest rate is quite high but it was necessary to contain inflation and deficits. “However, the financial situation has improved in recent months and it will now be easier for people to construct homes after taking loans from banks,” he said.

The premier said that the government is taking steps to facilitate the construction sector by removing bottlenecks and impediments in their way. “The Naya Pakistan Housing Authority will not only provide housing to federal government employees, but will also give strength to forty industries allied with the construction sector, and will create employment opportunities for the youth,” he added.

He also criticised the horizontal development of cities, saying that there needs to be a new master plan for the country’s cities. “Cities, even villages, are expanding horizontally. This is having an impact on pollution levels and is also affecting food security. The new master plans of the cities will cater to the availability of green areas and land for farming and other activities,” he said.

“There needs to be vertical expansion of our cities. The government has made this process easier by removing certain restrictions in place,” he added.

The prime minister said that the proceeds obtained from launching of Blue Area in Islamabad and two other commercial projects in other cities will be used to accommodate people of slums and shanty areas, so that they get a decent living in vertical housing units.

Speaking about the education sector, PM Imran said that the real challenge, however, was the country’s schooling system. “The government’s schooling system is a challenge because it has been neglected for the past 70 years; we have made a three-tiered system. We have to make one core system. Our federal education ministry is working on introducing one core syllabus by next year,” he added.

He stated that this was needed in order to eliminate the different “cultures” that were being developed in the country.

Referencing Aurat March held on Sunday to mark International Women’s Day, he said, “You could see the different cultures within the country. This stems from our schooling system. We teach one culture in one school which does not have any relation to other schooling systems.”

“This is not how a nation is made,” he concluded.