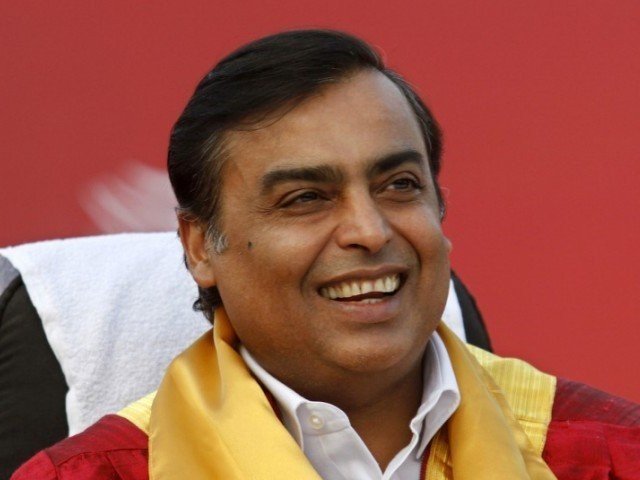 NEW DEHLI: India’s Mukesh Ambani lost his crown as Asia’s richest person after the latest rout across global markets wiped almost $6 billion off his fortune, according to the Bloomberg Billionaires Index.

All told, the world’s 500 richest people lost $238.5 billion on Monday, according to Bloomberg, the biggest daily plunge since the index began tracking them in October 2016.

Equity and oil markets went into meltdown on what has been dubbed Black Monday as growing fears about the economic impact of COVID-19 were compounded by Saudi Arabia’s decision to slash crude prices following a row with Russia over production cuts.

Crude prices tanked by a third in their worst drop since the 1991 Gulf War.

The sell-off erased $5.8 billion from 62-year-old Ambani’s net worth to leave him with a net worth of about $41.8 billion. He was overtaken by Chinese tycoon Jack Ma, the founder of Alibaba whose fortune had fallen about $1.1 billion to $44.5 billion. Ma, 55, had ceded the number-one ranking in mid-2018.

The slump in oil prices raises questions about plans by Ambani’s Reliance conglomerate to cut debt as they hinge on selling a stake in its oil and petrochemicals unit to Saudi Aramco, Bloomberg reported.

Ambani, whose fortune ballooned on the back of India’s telecoms boom, lives with his family in a 27-storey luxury Mumbai skyscraper reputed to have cost more than $1 billion to build.

Frenchman Bernard Arnault, Chairman of luxury-goods giant LVMH, was Europe’s biggest decliner with a $4.4-billion drop in his net worth to $81.4 billion.