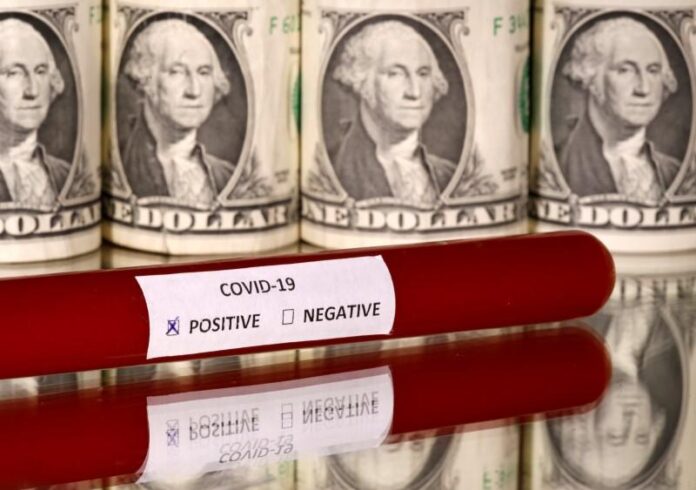 NEW YORK/LONDON: Coronavirus has hit the world’s biggest debt funds, which have lost billions of dollars in value, Morningstar data shows, while one smaller fund shed half its value in a little over two weeks.

Markets have lost trillions of dollars in value over that time at a record-breaking pace, laying bare structural weaknesses after a decade of central bank easy money and fuelling fears of mass fund redemptions.

After the collapse of Lehman Brothers during the financial crisis in 2008, spreads on European investment grade debt took 45 days to double. In March, that doubling took just 19 days, analysts at Bank of America said in a note.

Despite central bank pledges of massive economic and monetary stimulus, there is little sign of confidence returning, particularly in corporate credit.

Investment-grade funds saw outflows of $35.6 billion in the week to Wednesday, with taxable bond funds shedding $55.9 billion, the largest weekly outflow on record according to Lipper data dating back to 1992, as markets continued to be roiled by the coronavirus pandemic.

It is “an unbelievably big outflow from investment grade. Investment grade is catching up to high yield in terms of percentage outflows. To me, until this week, investment-grade also looked rich relative to other risk assets,” said John McClain, portfolio manager at Diamond Hill Capital Management.

The director of IMF Monetary and Capital Markets warned this month that any sudden decision by investors to sell shares in credit-focused asset managers and exchange-traded funds (ETFs)could pressure them to sell riskier assets quickly.

Worst hit among the world’s biggest funds was the actively managed $81.4 billion PIMCO GIS Income fund, down 7.7pc in the month to March 17, data from Morningstar showed.

Other funds were even harder hit.

Neuberger Berman’s Emerging Market Debt Blend Fund was down 54.8pc in the month, while Pimco’s GIS Capital Securities Fund, which invests primarily in the subordinated debt of banks and other financials, was down 29.3pc.