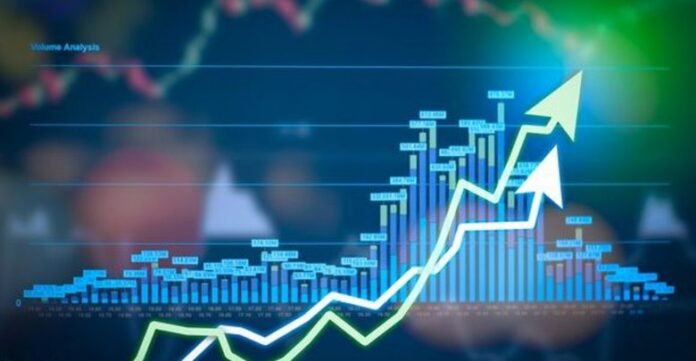 LONDON: European stock markets pushed higher on Friday at the end of another volatile week as the European Central Bank (ECB) unleashed fresh stimulus to boost the economy as coronavirus grips the continent, but Wall Street slumped as New York was placed under quarantine.

In the eurozone, markets jumped after the European Central Bank and EU took unprecedented measures to prop up their economies as confinement measures to slow the spread of the coronavirus causes massive disruptions to businesses. Paris ended the day with a gain of five percent and Frankfurt nearly four percent. London’s stock market won only 0.8 percent as an anticipated new UK state stimulus plan failed to materialise.

“The stock markets’ upside is a result of a number of big bazookas fired off by central banks,” Scope Markets analyst James Hughes told a foregn news agency, before sounding a note of grim caution. “The markets hate uncertainty — and we could not be in a more uncertain time,” he added in reference to the COVID-19 pandemic that has killed more than 10,000 people around the world.

Coronavirus threatens to engulf the whole of Europe after it emerged Thursday that eurozone member Italy has overtaken China’s death total — and is now braced for an extended lockdown.

On Friday, the ECB took its latest measure, freeing up banks to allow them to issue as much as 1.8 trillion euros in fresh loans. That follows a 750-billion-euro ($820-billion) stimulus package designed to help virus-wracked economies by buying extra government and corporate bonds.

Meanwhile, the EU moved to suspend its strict rules on public deficits to allow governments to open the money taps to face the coronavirus pandemic.

In the US, lawmakers moved forward on a $1-trillion emergency relief package to combat the turmoil, with $1,200 cash handouts for individuals.

It also includes $208 billion in loans for companies hit by the crisis – $58 billion of it for the battered airline sector – and $300 billion in small business loans.

That comes on top of Federal Reserve interest rate cuts and pledges worth hundreds of billions of dollars to provide liquidity to creaking financial markets, including a fresh move Friday to help the municipal bond market.

But Wall Street could not hold onto early gains after New York state joined California, which if considered separately is the world’s fifth-largest economy, in ordering people to remain home.

“Non-essential businesses will close their doors in New York as a way of tacking the health crisis,” said market analyst David Madden at CMC Markets UK. “Traders are terrified this will be announced in other parts of the country too.”

Oil markets failed to extend a rebound following a directive from US President Donald Trump to top up the Strategic Petroleum Reserve to its maximum capacity by buying a total of 77 million barrels from US producers.

Brent fell back below $30 per barrel and West Texas Intermediate tumbled more than 10 percent at one point to under $23 per barrel.

Oil prices are down more than 50 percent this year as measures to contain the coronavirus have hit demand and producers Saudi Arabia and Russia are locked in a price war.

“Oversupply fears in addition to demand woes are likely to hang over the energy market,” said CMC Markets UK’s Madden.