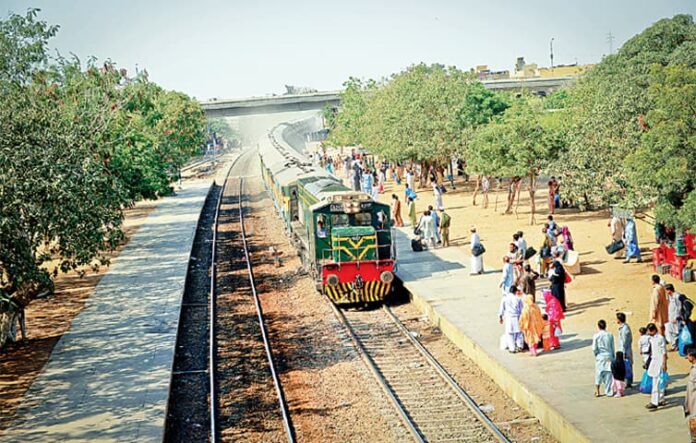 ISLAMABAD: The Central Development Working Party (CDWP) has deferred till its next meeting the PC-I of the $9.2-billion Karachi-Peshawar Main Line (ML-I) Project, raising various objections on the plan submitted by the Ministry of Railways.

As the government wants a breakthrough on this much delayed project before the expected visit of Chinese president in May or June 2020, the CDWP on Wednesday held an extensive to deliberate all aspects the PC-I of the mega CPEC project.

Although the PC-I & II of the ML-I Project were submitted to the CDWP during the tenure of the previous government, they were related to different phases of the project. The PTI government had last year decided to prepare an umbrella PC-I of the entire project through a sponsoring agency, with total cost of the project indicating all priorities packages with realistic phasing on the basis of ‘cost & preliminary’ design.

As per the documents, the Planning Commission has raised various objections regarding the freshly submitted PC-I of the project. The commission noted that the source of financing of the project has been indicated as Chinese loan amounting to $8.255 billion (90pc) while Pakistan’s share was $717.237 million (10pc).

It was stated in the PC-I that an interest rate of 2.3pc with commitment and management fee charges of 0.2pc each has been assumed for calculation of net present value (NPV) and internal rate of return (IRR). However, results of NPV have been indicated by using a discount rate of 12pc.

According to the Planning Commission, “A proper weighted average cost of capital (WACC) needs to be applied in the financial analysis.”

As per the PC-I, in the absence of clear terms and conditions of Chinese loan for the project, the terms and conditions of the loan taken by NHA for the Multan–Sukkur Motorway have been assumed to complete the financial and economic analysis of the ML-I project. Sponsors, however, not provided above mentioned details in monetary terms to carry out the economic analysis.

According to the Planning Commission, the results of financial and economic analysis provided in the PC-I based on total cash flow are misleading. Sponsors need to provide fresh analyses under ‘with’ and ‘without’ project conditions and provide all the required details of incremental economic and financial costs and benefits to carry out the analyses and rationally determine the financial and economic viability of the project.

Regarding the terms of Chinese loan, the commission stated that the sponsoring agency should clarify as to whether any firm commitment has been conveyed by the Chinese government through EAD for financing the instant project under CPEC based on the above sharing ratio.

It is in the national interest that before granting approval of such a project having a huge cost of $9.172 billion, the terms & conditions of the loan should be finalized to evaluate its impact on the country’s debt in future, the commission said.

As per the commission, the implementation of this project depends largely on what terms & conditions of loan are offered by the Chinese government keeping in view the cash flows of the instant project become positive after 14 years and moreover, the constraint fiscal space available to fund local component i.e. GoP share.

One of the most critical decisions for the GoP is whether the loan will be a central loan (GoP) or Sovereign Guarantee loan (M/o Railways). The sponsoring agency should confirm whether all the above aspects have been considered and finalized by concerned agencies of the Pakistan government.

According to the Planning Commission, since CPEC basis is generation of economic activity through SEZs development, which are all at planning stage,  the basis of taking up the ML-I project under CPEC needs to be explained by the Sponsoring agency using factual data.

Interestingly, it was also noted that the instant PC-I proposes huge investment of $9.17 billion on ML-I of Pakistan Railways. “But the PC-I of the project has not been signed by any officer of Pakistan Railways (PR) and Ministry of Railways (MoR) except the MoR secretary, senior general manager and contract based employees of PIU.”

The PC-I should be signed by G.M (Operations), Member (Finance) and DG (Planning) of MoR/PR, the commission stated.

It has been suggested that the sponsoring agency should confirm whether the instant PC-I has been cleared by the Railway Board or not. “If not, then in the absence of such clearance, why the project was submitted for processing through CDWP/ECNEC?,” the commission asked.

ISLAMABAD: China Thursday expressed its readiness to work with Pakistan to start investment in new projects in the fields of industries, livelihood, agriculture and...
Read more
- Advertisement -