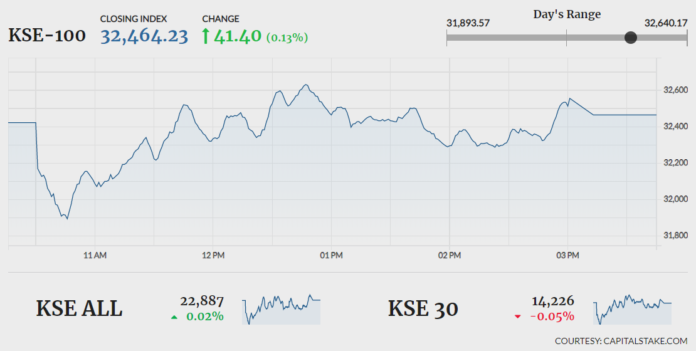 KARACHI: Investors at the Pakistan Stock Exchange (PSX) witnessed a volatile trading session on Wednesday, with the benchmark KSE-100 Index managing to recover early losses to close in the green.

“Tumbling international crude prices, especially that of Brent (traded below $16/bbl briefly), caused damage to the investors’ sentiment today,” said an analyst at Arif Habib Ltd. “After trading in the red zone for most part of the day, the index made sporadic recoveries thanks to banking sector stocks.”