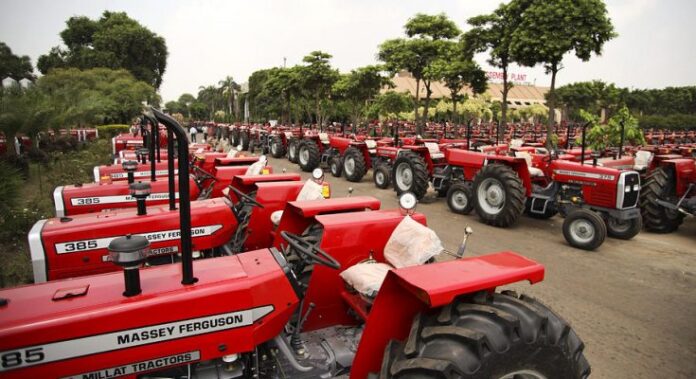 LAHORE: The Board of Directors of Millat Tractors Limited (MTL) met on Monday to review the company’s performance and announce its financial results for the quarter ended March 31, 2020.

According to the financials, MTL posted a consolidated profit after tax (PAT) of Rs454.185 million as compared to PAT of Rs839.841 million during the same period last year, showing a decrease of 45.92pc.

Hammad Akram, a research analyst at Topline Securities Limited, said the decline in earnings is largely due to fall in unit sales by 28pc YoY and lower gross margin (down 1.92ppts YoY).

However, earnings improved by 22pc QoQ on the back of (i) 22pc QoQ higher sales due to the start of the harvesting season and (ii) improvement in gross margins by 1.45ppts QoQ, which resulted in higher than expected result announcement, he added.

The analyst said that the finance cost of the company increased massively by 4.8x YoY as the company had to increase short-term borrowings to manage its working capital requirements due to higher inventory levels.

“As of latest balance sheet numbers, short term borrowing stands at Rs4.15billion while stock in trade is amounted at Rs5.05billion,” Akram noted.

He said that the effective tax rate of the company has clocked in at 27pc vs. 21pc in the previous quarter.