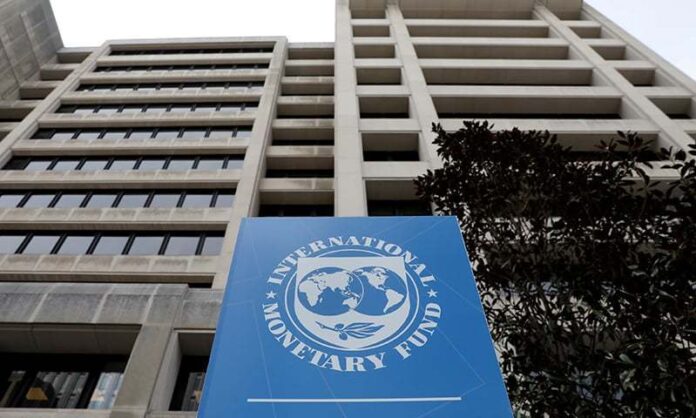 WASHINGTON: The International Monitory Fund (IMF) stated on Friday the extended fund facility, which was signed with Pakistan before the coronavirus crisis, remains in effect.

“Discussions were currently paused due to the pandemic outbreak, and [instead] there was a focus on the rapid financing instrument to help Pakistan combat Covid-19. And in this regard, our Executive Board [last month] approved $1.4 billion for Pakistan,” said Gerry Rice of the IMF’s Communication Department in a press briefing.

Rice said technical discussions are in process with the Pakistani authorities on the Extended Fund Facility (EFF), which is another instrument through which the Fund is supporting Pakistan. “This will be the second review. We hope to bring it to a positive conclusion as soon as possible.”

Rice stated, “What else can I say on the G20 initiative and developing countries, including Pakistan? Again, you know, going back to what I said earlier, on this Debt Relief Initiative, it’s important to recognize that developing countries include some very poor and indebted nations, but they also include many countries that have been developing successfully. It’s a broad spectrum, and I know many of you know that, but it’s important to keep that in mind. So, for many of these countries, you know, that have been developing successfully, for many of them, attaining creditworthiness, the ability and the willingness to repay their debts, constitutes a hard-fought success.”

The IMF official continued, “So, that’s why I said earlier that a few developing countries have said, publicly, that they’re not inclined to take up the G20 Debt Suspension Initiative, you know, partly, because of that reason. What they want is a level playing field, in the form of stable access to finance on affordable terms, and, so, for this reason, the Fund’s priority is to ensure that these countries continue to have that access to appropriate external financing, as they go forward, and we try to contribute to that through our own lending and through initiatives, such as the G20 Debt Service Suspension, but let me be clear. As I said earlier, we also support all developing countries whose debts are unsustainable.”

Rice said the Fund would support its member countries, even whose debts are unsustainable, and, again, whilst a few countries had indicated that they would not be participating in the initiative, the vast majority have either expressed a formal request to participate, or expressed interest, and IMF expects many more official requests in the coming days.