No defect in engine, landing gear of ill-fated A-320, PIA claims 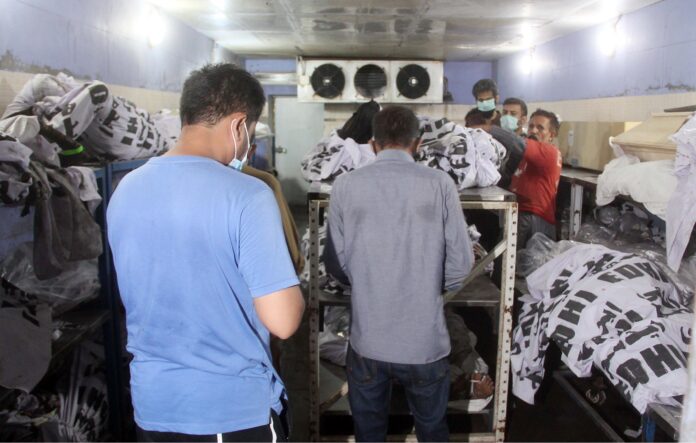 KARACHI: The engineering and maintenance department of the Pakistan International Airlines (PIA) on Saturday claimed that there was “no defect related to the engine, landing gear or major aircraft system” of the ill-fated Airbus A-320 that crashed into a residential area in Karachi a day earlier, killing 97 people on board.

In a brief on the technical history of the Airbus A-320, PIA stated that the last check of the plane was done on March 21 this year and it had flown from Muscat to Lahore a day before the crash.

The summary further said the health of both engines was “satisfactory” and maintenance checks were being performed at intervals.

The report also revealed that the aeroplane was declared fit for flights till Nov 5, 2020 by the CAA.

Meanwhile, aircraft manufacturer Airbus in a statement said the aircraft in question had logged around 47,100 flight hours and 25,860 flight cycles and was powered by CFM56-5B4/P engines.

The company said it is providing full technical assistance to Pakistani authorities in charge of the investigation.

The flight data recorder and cockpit voice recorder have been recovered from the site of the crash, a PIA spokesman said.

“The black box had been found late yesterday; we are handing it over to the inquiry board,” PIA spokesperson Abdullah Khan said, clarifying that both the flight data recorder and cockpit voice recorder were found.

Earlier on Friday, the federal government constituted an investigation team to probe the crash.

The investigation team will be headed by Air Commodore Muhammad Usman Ghani, President of the Aircraft Accident and Investigation Board.

According to a notification issued by the Aviation Division, the investigation team would exercise powers conferred under CAA Rules, 1994, and submit its report to the division within the shortest possible time. However, a preliminary statement would be issued within a month from the date of the notification.

Earlier, the Pakistan Airlines’ Pilots Association (Palpa) had demanded a thorough investigation into the aircraft crash by involving the association and international bodies.

It also suggested that in addition to the technical investigation into the aircraft’s health prior to the flight, investigators must consider the working conditions of the ground staff and flight crew.

It called for involving bodies like the International Civil Aviation Organisation and International Federation of Air Line Pilots’ Associations in the investigation.

“We will not accept the way the investigation carried out in the past and will not accept any inquiry into this accident without the inclusion of Palpa,” Captain Imran Narejo, the association’s general secretary, said.

“We appeal to the PIA management and the government to immediately order an inquiry into the incident and make its report available as soon as possible,” he added.

In a press conference on Friday night, PIA Chief Executive Officer Arshad Malik said that the pilots and cabin crew aboard PK8303 were all qualified.

“Accidents happen, but our pilots are trained for these kind of events. These planes have checks and balances that we are required to fulfill.

“My pilots were qualified, their checks and balances, and medical tests were complete,” he said, adding that the plane was “technically fit for flying”.

He said that an inquiry would be conducted into the plane crash by the Safety Investigation Board.