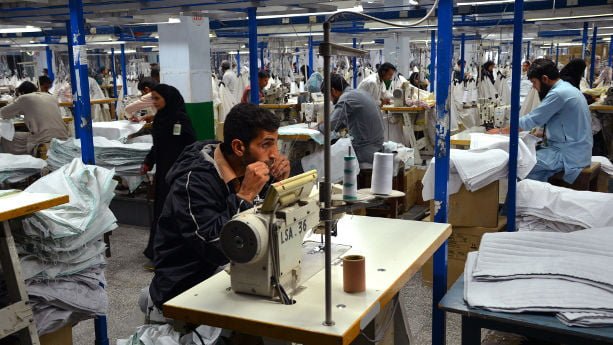 LAHORE: The Pakistan Readymade Garments Manufacturers & Exporters Association (PRGMEA) has called for the restoration of zero-rating facility of ‘no payment and no refund of sales tax’ for the export-oriented sectors, which have been facing severe liquidity issues due to the Covid-19 outbreak.

In the association’s FY21 budgetary proposals shared with Adviser to PM on Commerce Abdul Razak Dawood, PRGMEA (North) Chairman Sohail A Sheikh and Chief Coordinator Ijaz A Khokhar have urged the government to release all stuck-up claims of exporters, including Drawback of Local Taxes and Levies (DLTL), Dividend Distribution Tax (DDT), Customs Rebates and Sales Tax rebates, as “liquidity crunch has become a major stumbling block in the way of exports”.

They said the apparel industry should be allowed to import fabric under the SRO 492 scheme since the local weaving industry is unable to fulfil the demand for fashion wear.

The PRGMEA officials also requested the government to announce a 100pc drawback rate of incentive (seven per cent), without the condition of increment with a simple (paperless) procedure, for two years i.e. 2019-20 and 2020-21.

PRGMEA Chief Coordinator Ijaz Khokhar suggested that the incentive amount should be directly credited to the exporter’s account at the time of realization of export proceeds and the State Bank may subsequently claim the amount from the government. Moreover, he added, the last date for submission of claims of duty drawback on taxes should be extended.

He demanded the government to put in place a one-window operation so that the exporters could focus on research and marketing, adding that cotton yarn, the major raw material of apparel sector, should be exempted from all duties and taxes to encourage value addition.

Khokhar further recommended the government to abolish customs duty of seven per cent on the import of polyester staple fibre, including 20pc anti-dumping duty, in order to reduce the cost of production.

PRGMEA (North) Chairman Sohail Sheikh informed that exporters have only received 35pc of the claims’ payment, while 65pc of the refund claims are still stuck with the government, which cumulate 12pc amount of exporters’ running capital.

He said availability of liquidity and smooth cash flow would encourage the exporters to enhance their exports and cement their business ties with the foreign counterparts.

The PRGMEA chairman sought a clear policy with regard to pending refund claims.

“We request that import of fabric to be allowed under SRO 492 instead of DTRE (Duty and Tax Remission for Exporters), which is very complicated and only two per cent exporter can avail importation under DTRE facility, whereas 97pc SME sector can be facilitated under SRO-492, which was enforced previously. To compete with Bangladesh and India, it is important for Pakistan to offer the same products as they are exporting in a large variety.”

Sheikh said that the incentive amount should be directly credited to the exporter’s account at the time of realization of export proceeds and that the condition of “after receipt” should be abolished and prompt payment shall be made.

He said that one-window operation may effectively be introduced to replace the lengthy procedures that involve interaction of manufacturer with various agencies.

Social security, EOBI and all other taxes should be merged and deducted at one source, he suggested, asserting that the government exchequer would receive more revenue if a reasonable percentage of realized amount is deducted.

January 27, 2021
RIYADH: Saudi Arabia will host a two-day Davos-style investment forum starting Wednesday, with dozens of global policymakers and business tycoons lined up to speak at the...