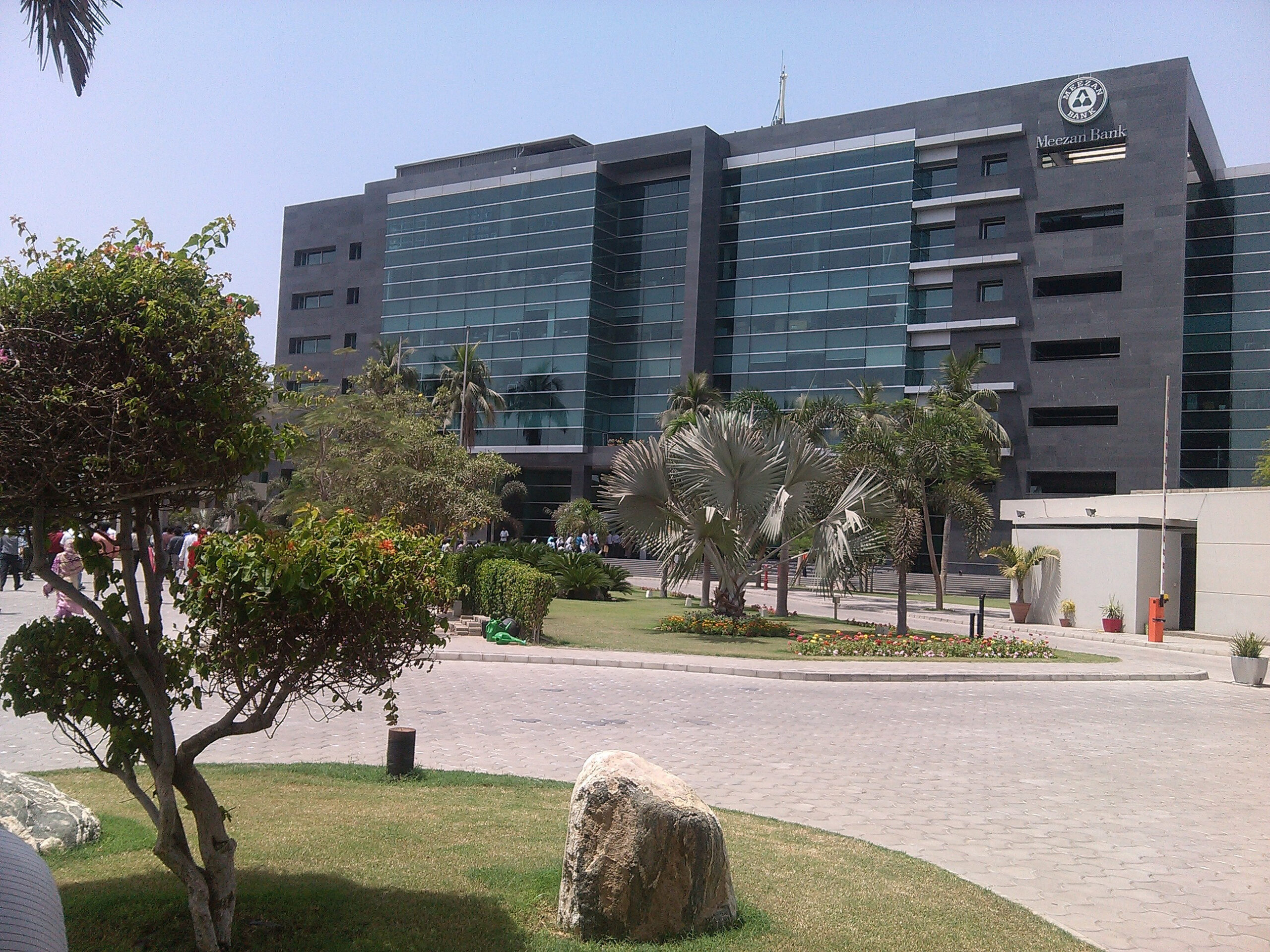 As the government gears up to borrow as much as Rs750 billion in Islamic bonds from the country’s financial system, one bank is set to benefit more than all others: Meezan Bank, the country’s largest and most profitable Islamic bank.

“The government’s intent of tapping Islamic banking resources to meet its budgetary financing requirements – Rs750 billion in ijarah sukuks targeted, with Rs200 billion in bidding for the Power Sukuk II already complete – should carry the other leg of balance sheet growth for Meezan Bank, offsetting the impact of implied contraction in net interest margins as a result of lower interest rates,” wrote Hamza Kamal, a research analyst at AKD Securities, an investment bank, in a note issued to clients on May 29.

“Our forecast for the net interest margin for Meezan Bank is 5.43% in 2020 and 4.72% in 2021,” Kamal continued. “This should transpire into a net interest margin growth of 5.6% over calendar years 2020 through 2022, which, along with stable contribution from other income sources – such as capital gains to offset compression in fee income in the immediate run – would result in a stable earnings outlook for the bank, even after incorporating conservative provision cost of 0.9-1.0% in 2020 and 2021 versus a 0.6% provisioning in 2019.”

A second key cause of the bank’s growth is its rapid expansion of its branch network, coupled with the fact that its brand name and credibility in Islamic finance mean that the bank rarely ever struggles to attract deposits at any location that it decides to set up a branch.

Over the past two years, Meezan Bank has added 159 branches, which represents a 21% increase over that period. For the year 2020 – at least prior to the pandemic – Meezan Bank’s management had stated that it would add another 150 branches. Having said that, given the coronavirus outbreak, analysts expect that timeline is likely to be delayed at least somewhat.

All of this, combined with the bank’s relatively lower stock price has meant that some analysts believe that Meezan Bank may be an attractive investment opportunity. Kamal at AKD, however, cautions against too much optimism, given the fact the economy has currently slowed down dramatically, and that the low interest rate environment may persist for some time. 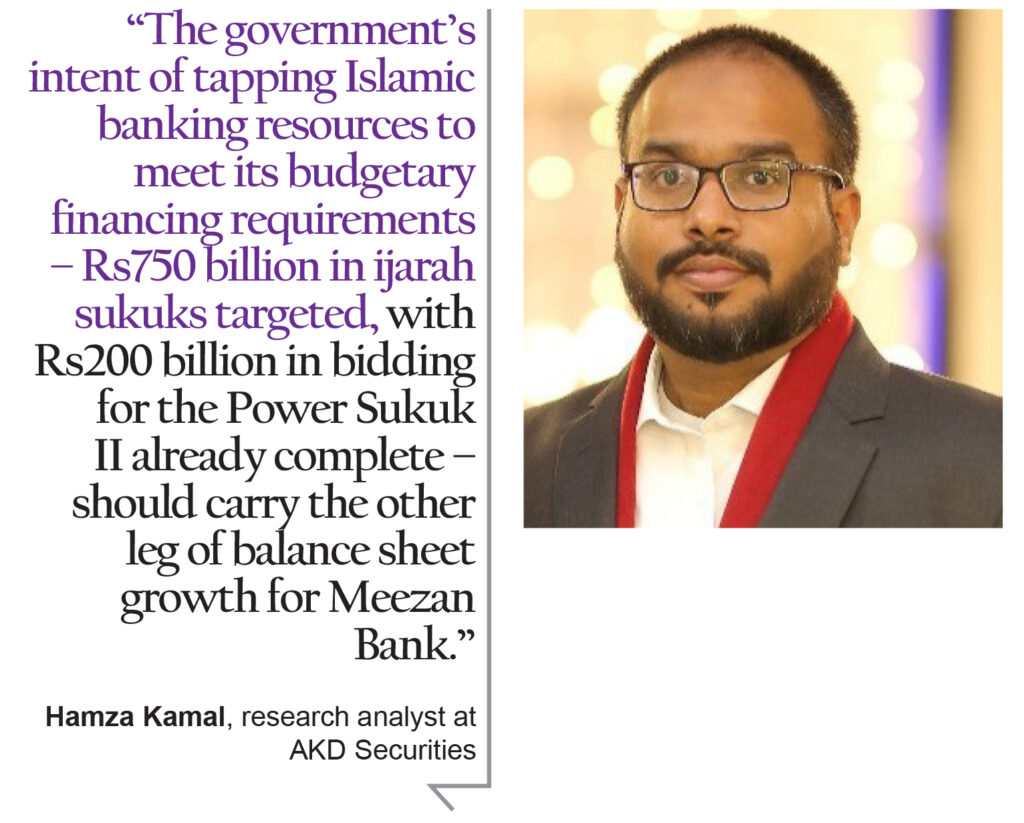 Generally speaking, lower interest rates can dampen the profitability of the banking sector. Banks earn the bulk of their revenue in the form of net interest margin, which refers to the difference between the amount of interest a bank earns on loans it gives out to borrowers and the interest it pays out to depositors.

While there is a limit to how low deposit interest rates can go over any given period, loan interest rates tend to reprice relatively quickly. As a result, banks go through a sharper reduction in lending rates than in the rates they pay out to depositors, leading to a compression in the profit margins for the bank.

Its first mover advantage has meant that Meezan was always the largest player in the Islamic finance business, and so it – more than any other bank – could afford to invest in a full-time Islamic finance product development team that worked with religious scholars (including some who were on staff and others who were not) to build out the full set of products that would allow Islamic banks to compete for conventional business. To promote the industry as a whole, Meezan Bank has offered consulting services to other Islamic banks on how to create Shariah-compliant products.

The key, it turned out, was in the way the contracts were written. Meezan Bank, like every other Islamic financial institution, starts off with a conventional product and then looks for creative ways to rename, or in some cases, reconfigure, interest payments to make them smell Islamic. One of the favourite techniques used by such institutions is to give their products an Arabic name. So a car lease becomes Ijarah, a working capital loan for a manufacturing business becomes Murabaha, etc.

Over time, Meezan has been able to dominate the Islamic banking market in Pakistan and has never really let go of its status as the country’s leading Islamic bank, with a market share of just over 36.2% in 2018, a number that has remained largely steady over the past decade.

What is even more remarkable is the extent to which Meezan dominates profitability for the sector. According to Profit’s analysis of bank financial statements and SBP data, Meezan accounts for just under 50% of all profits made by any Islamic banking institution – whether it be a standalone Islamic bank or the Islamic banking branches and windows of conventional banks.