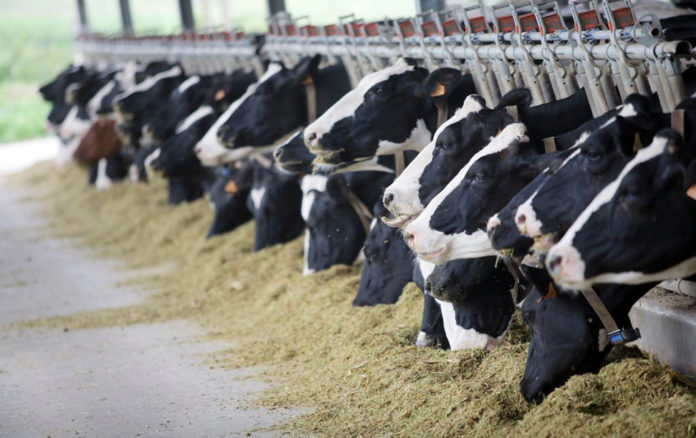 LAHORE: Already dealing with many deep-seated issues such as financial insecurity, untrained manpower, unregulated market, fragile production base, seasonality of milk production and lack of quality assurance, the dairy industry now finds itself on the verge of bankruptcy owing to the supply chain disruption caused by Covid-19.

This was stated by Sulaiman Mannoo, Chairman Pakistan Dairy Association (PDA), while talking to Profit.

Comprising an important component of Pakistan’s economy, the dairy sector contributes significantly to the national economy in terms of gross domestic product (GDP).

“The livestock & dairy sector is also an important source of employment, as more than 35 million people, including rural women, are engaged in this sector,” Mannoo said. “Around 34pc of total female employment is employed in the livestock sector.”

Despite being the most lucrative livestock product, milk tends to be the least commercialized enterprise, the PDA chief noted, adding that dairy farming in Pakistan remains poor owing to the considerably reduced milk yields of dairy animals.

“Local cows and buffalos produce five litres of milk per day on an average as opposed to 35 litres in the developed world,” he lamented. “This suggests that a dairy animal in Pakistan yields six to eight times less milk than a dairy animal in other countries.”

He informed that the dairy industry is dominated by unregulated suppliers “who don’t have the required equipment to store milk” and normally discard or sell the excess milk in substandard forms.

The PDA chairman maintained that some 20pc of total milk production in Pakistan goes to waste due to lack of storage, transport, calving and proper cooling facilities. “In case of low milk supply, these unregulated milk sellers go to the extent of adding water and other adulterants to increase the milk quantity, which poses serious public health threat to the population consuming loose milk.”

Mannoo highlighted Pakistan is one of the leading milk-producing countries with estimated annual gross milk production of about 60 million tonnes in 2018-19, adding that around 6pc of the country’s gross milk production is being processed in 25 milk processing plants operating under the private sector and producing approximately 3.5 million tonnes of processed dairy products per annum.

According to University of Veterinary and Animal Sciences former vice-chancellor Dr Talat Naseer Pasha, about 90pc to 95pc of the people in Pakistan consume loose milk.

“This suggests that the dairy industry in Pakistan is dominated by loose milk sellers and informal distribution and retailing networks. Its entire value chain suffers from poor sanitation of livestock sheds, unclean animals, milking by hand, collection in small quantities from milk producers and use of non-recommended additives and preservatives such as formalin, cane sugar, glucose, benzoic acid and alkaline products,” he explained.

Dr Pasha said that quality assurance is the most neglected aspect of the informal dairy market as it creates health hazards for consumers and raises indirect system costs in terms of poor health outcomes. In addition, high taxes and duties on the packaged dairy industry have further encouraged the informal market.

Contrary to the widespread belief, loose milk is natural and fresher in terms of taste, but it tends to be highly unhealthy, PDA Chairman Mannoo stated.

Citing a survey by the University of Agriculture (Peshawar), he said that loose milk is a source of various diseases “because of filthy housing system at dairy farms, unhygienic milking practices, dirty utensils, transportation and water adulteration”.

“Raw milk can carry dangerous bacteria that can cause foodborne and milk borne illnesses, besides other stomach-related problems,” he said. “In addition, no scientific procedures are followed during milk collection, storage and transportation.”

As adulteration in loose milk has been going on without any check, loose milk has also emerged as the most unsafe drink with the least nutritional value and is considered simply harmful to health.

The PDA chief maintained that the dairy sector must ensure that it follows internationally-acclaimed best practices to supply quality milk, adding that loose milk suppliers must also be forced by law to avoid malpractices and ensure hygienic practices across the supply chain.