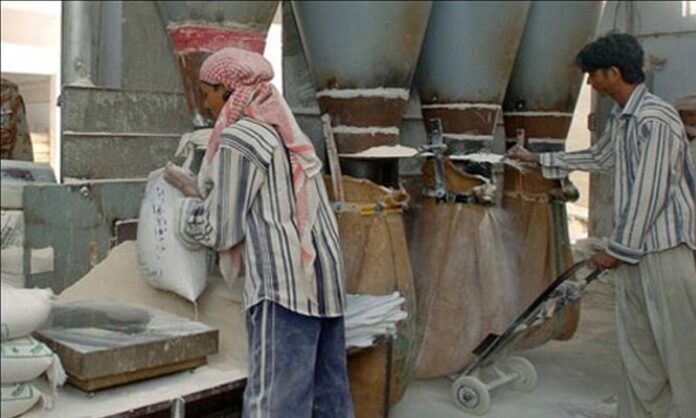 PESHAWAR: Flour millers of Khyber Pakhtunkhwa on Wednesday threatened to start a protest along with their workers across the province from next Friday if the ban on inter-provincial wheat supply was not lifted forthwith.

Despite the availability over 10 million tonnes of wheat in the open market of Punjab, the imposition of Section 144 on wheat supply from Punjab was unjustifiable and incomprehensible, and violation of Article 151 of the Constitution of Pakistan, they said during a press conference.

The millers said that the KP is wheat-deficient province and mostly dependent on Punjab to fulfil food requirement. They informed the media that total wheat requirement of the province is around 4.4 million tonnes against the local production of 0.8 million tonnes.

They said 3.6 million tonnes of flour is supplied in the shape of wheat to KP from Punjab. KP mills have completely run out of wheat stock and are forced to shut down as the provincial food department has failed to provide wheat to mills from the past six months, they added.

The millers said that price of a 20 kg flour bag has surged up at Rs1,200, and if the ban on wheat supply was not lifted, the flour prices would further escalate in coming days.

Muhammad Iqbal, the provincial chairman of the All Pakistan Flour Mills Associations, said that smuggling is not a valid and genuine reason for restrictions on wheat transportation from Punjab to KP, but rather the “hatred among federating units” is to blame. He claimed that Punjab’s bureaucracy is behind the restrictions on wheat supply.

The APFMA provincial chairman said that the restrictions were imposed to shut flour down mills in KP. He said that the closure of flour industry would render hundreds of workers jobless and affect their families, besides wasting investment of millions of rupees.

He also said that the prices would go up in the open market in case the flour mills were shut down in the province, and it would affect the poor masses who would be compelled to buy wheat flour at high rates amid rising inflation, he added. He further demanded permission for KP mills to purchase wheat from open market of Punjab.

The flour millers demanded of the Prime Minister Imran Khan and KP Chief Minister Mahmood Khan to take immediate notice of the ban on inter-provincial transportation of wheat from Punjab and save the KP flour mills from closure. They also demanded of the Punjab government to end the “unconstitutional and unlawful ban” on wheat supply, otherwise they would start their protest from Friday.